My cousin was celebrating his birthday last November and he wanted to eat at a buffet and since we haven’t tried out the food yet at Yakimix Marquee Mall, we decided to go there. Reservations is highly encouraged if you don’t want to wait and see everyone else getting their seats before you. A few days earlier, I called their number ((045) 304 4069 and made reservations for 4 people. We reserved the 11:00am slot which is the time they open. They told us to be there 15 minutes early. We were there on time and they were calling out names (of those who made reservations). Then we were lead to our table.

Yakimix according to their facebook page is the number one smokeless grill restaurant in the Philippines. They are popular since you see a lot of their restaurants in major shopping malls. It’s a buffet restaurant and you can grill all you can meat and other things on your table. Their price point is really good. The food in the buffet spread usually includes: Sushi, Smokeless Grill, Japanese/Korean/Chinese Cuisine. They have locations in Metro Manila, Pampanga, Cebu, Davao and Gensan. 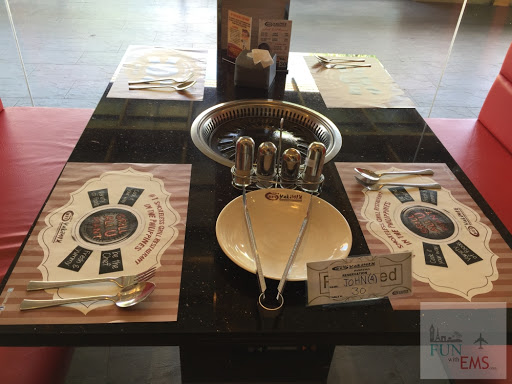 Since we had reservations, we were directed to our seat once our name was called. We were seated towards the back and it was quiet. 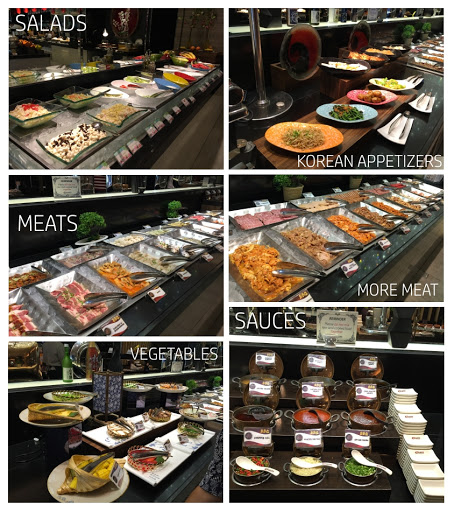 The main stations had a lot of options for meats, some vegetables and sauces. They also had some selections of appetizers and salads. They had a small dimsum station. The drinks are included in the price so you can get as much as you want. The dessert were in a fridge so you had to ask someone to get some for you – this was a bit inconvenient unlike other buffets where you just grab and go. 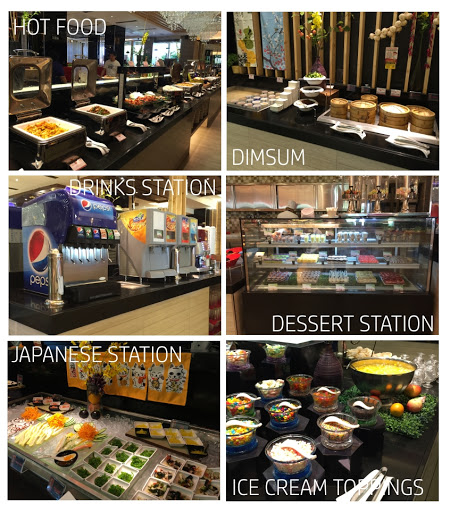 This was a sample of the food we had on our table at Yakimix Marquee Mall in Angeles city, Pampanga. 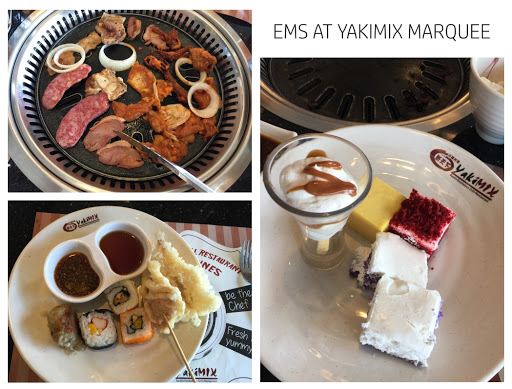 At Yakimix Marquee Mall, they had a crepe station and you have options on what you want in your crepe. I opted for the simple banana and chocolate on mine. 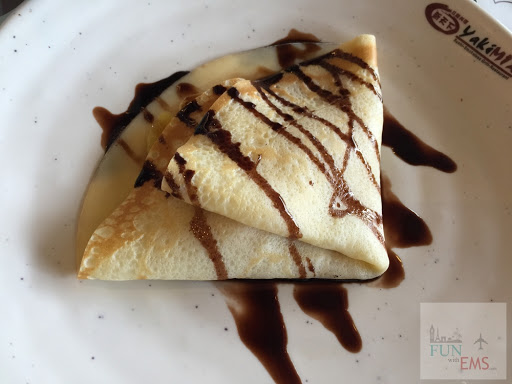 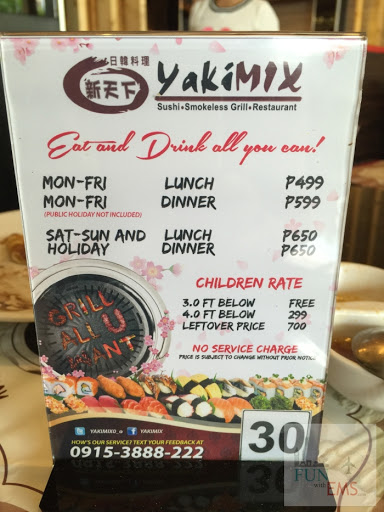 This is the Yakimix Birthday promo. The birthday celebrant must come within 15 days of their Birthday. It could have passed or it’s still coming up as long as it is within the 15 days period. The birthday celebrant should be accompanied by 3 paying customers. You need to present an ID that includes your birthday. My cousin presented his passport. 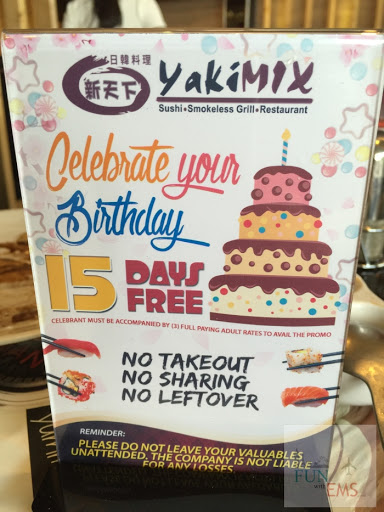 And finally no Birthday buffet is complete without the staff singing for you and I thought this birthday plate was a nice touch even though it’s just mostly cream. At least there’s a candle to blow and make some birthday wishes with. 🙂 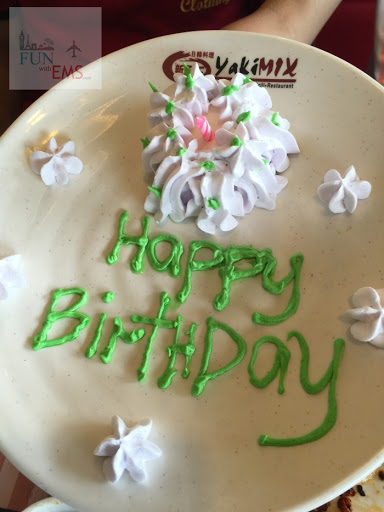 OTHER RESTAURANTS IN ANGELES, PAMPANGA