Sydney Olympic Park is a sprawling sports, cultural and leisure complex in Sydney. It was developed when Sydney hosted the 2000 Olympics. The area is still used to host sports and cultural events. We saw posters in one of the stadiums of upcoming concerts for the year. Honestly, we just drove around and stopped a bit to take pictures. We did not stay very long.

HOW TO GET HERE:

Driving: About 16km from the Central Business District
Public Transport: It can be accessed by trains, buses and ferries. Trains depart every 10 minutes between Olympic Park and Lidcombe Station. Bus Routes: 401, 450, 525, 526 and 533. Ferries also operate from Sydney Olympic Park Ferry Wharf to the city and Parramatta. Visit Transport NSW Info to find out timetable and prices. 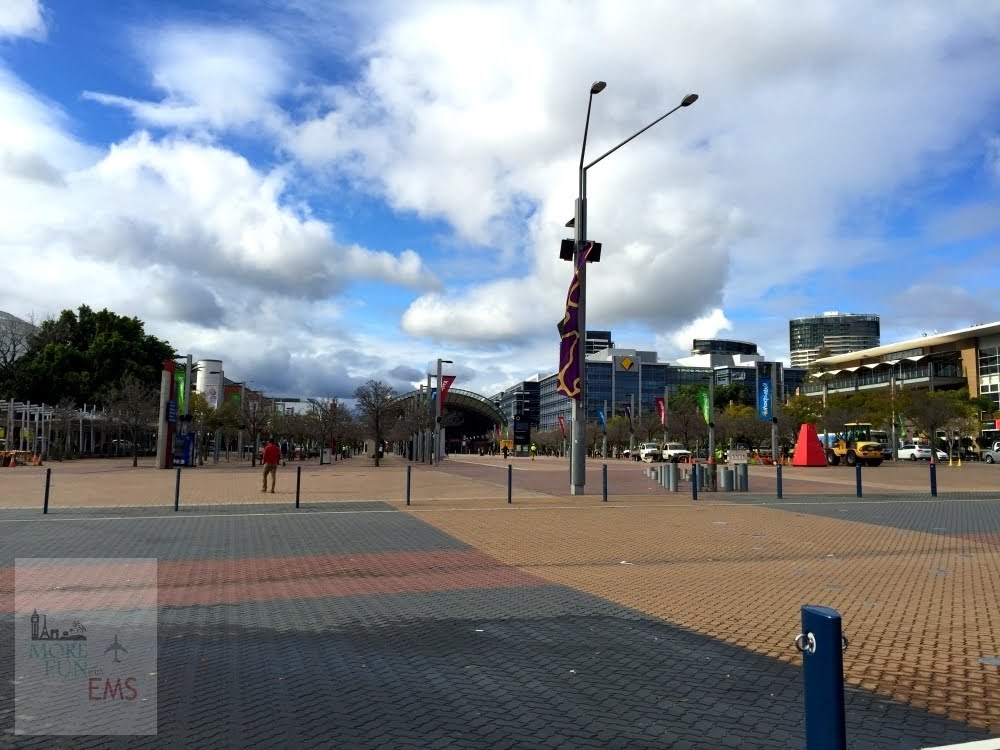 It was very empty during the day time when we were there except for some tourists in tour buses that we saw. Also noticed that there were a lot of hotel in the area. It’s not a place I would put on my muse see list of Sydney but if you have extra time, then maybe. 😛