Shinkansen from Osaka to Tokyo

I have traveled to Japan three times before but this is the first time that I have tried the bullet train or Shinkansen in Japanese. For this trip, it was a must do experience on our list. One of the many firsts I’ve done on this Japan itinerary which mainly visited Osaka and Tokyo. The bullet trains on this route are aplenty. There are even three different kinds you can choose from. We went with the fastest one since YOLO! Haha. What we didn’t realize when we were planning the trips was it was golden week. On on a normal day, you have no problem buying tickets from the day itself but since it was golden week, I opted to buy tickets online to make sure we get to Tokyo in time and on that day. Our tickets can only be bought the week before by the agency so we opted for them to be mailed at the hotel in Osaka. We had no problem receiving them on time. Same with our pocket wifi. 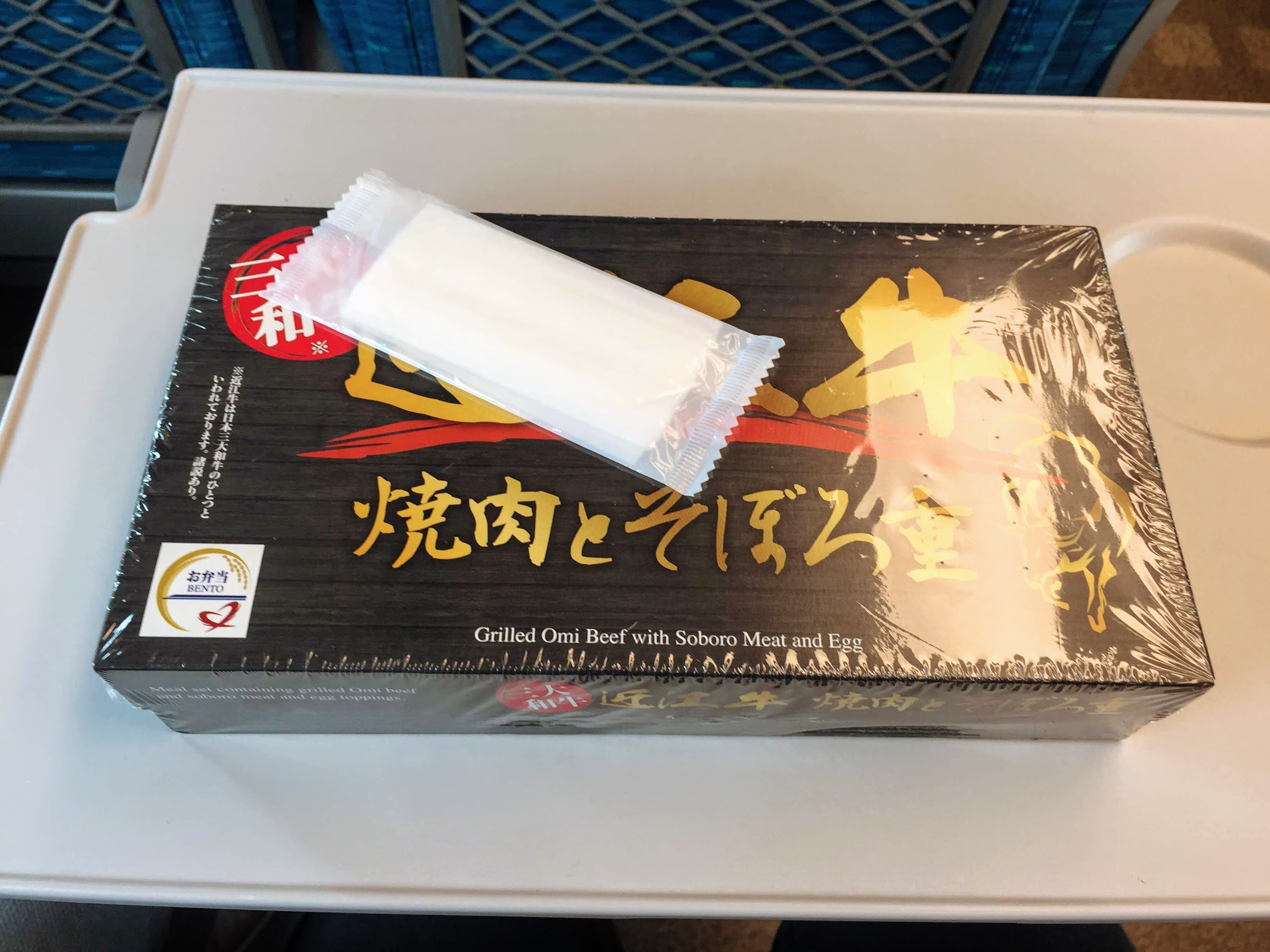 If a station has a shin alongside it, usually it’s a bullet train station. We opted to stay near Shin-Osaka station also because of this reason. We didn’t want to be carrying our luggage to another station. At Shin-Osaka station, make sure not to miss the bento stores where they specifically just sell bentos for the train. It was fun picking out bentos before boarding the train. 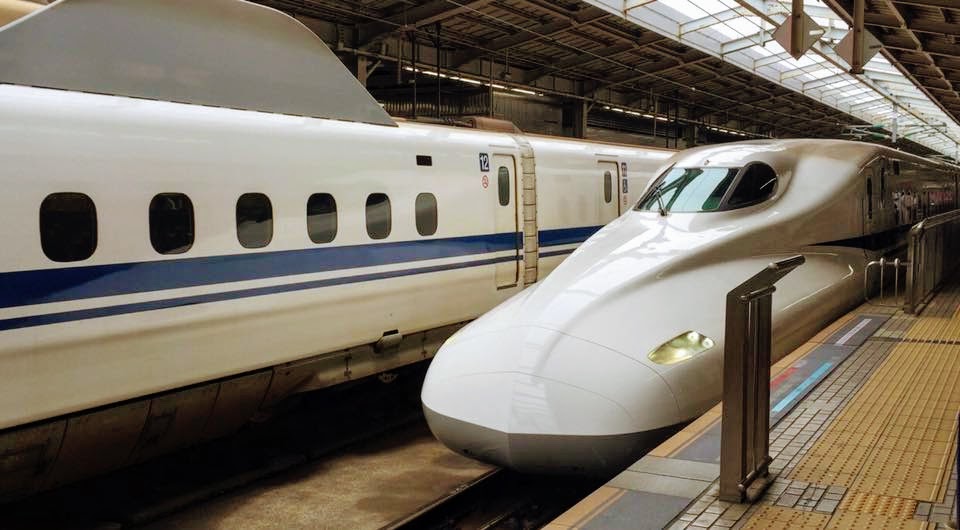 Like anything in Japan, it was well organized and pleasant. Although it was a busy day, everyone was calm. It was also really nice to be there and see the Nozomi train arriving. It was majestic. 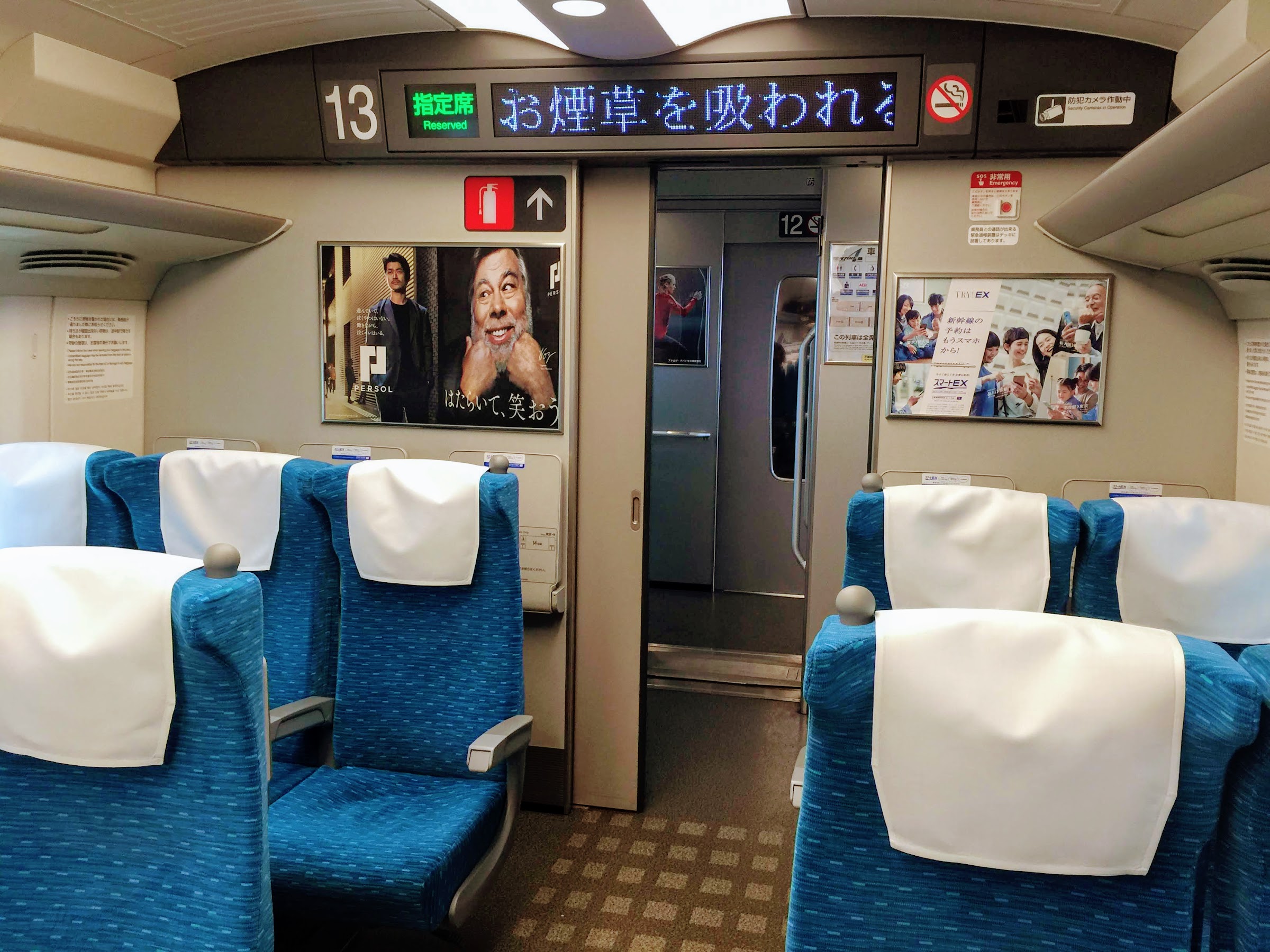 The carts were nothing new but they were very clean and well maintained. It was easy to find our car and our seats. 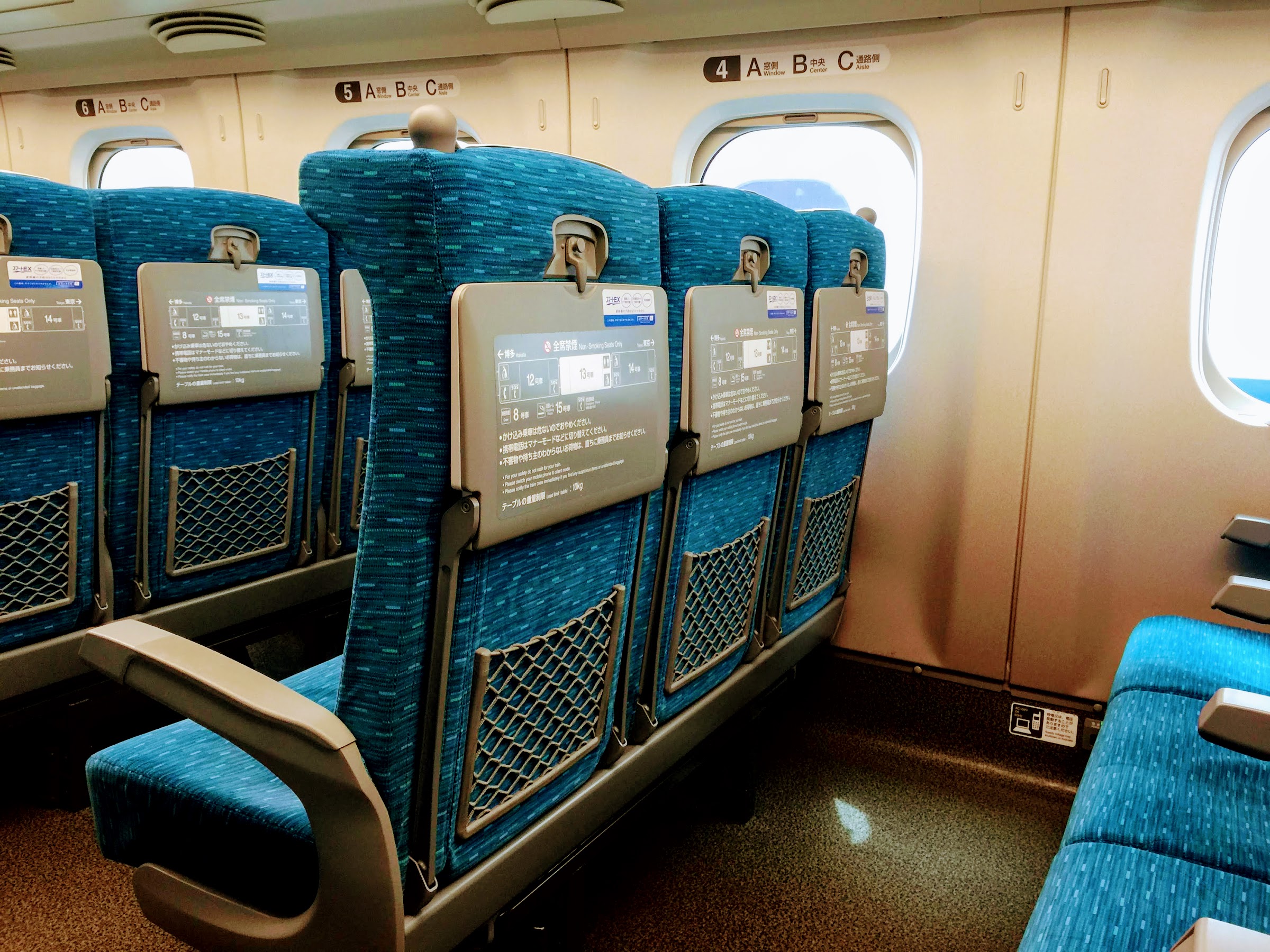 BENTO FOOD IN THE SHINKANSEN 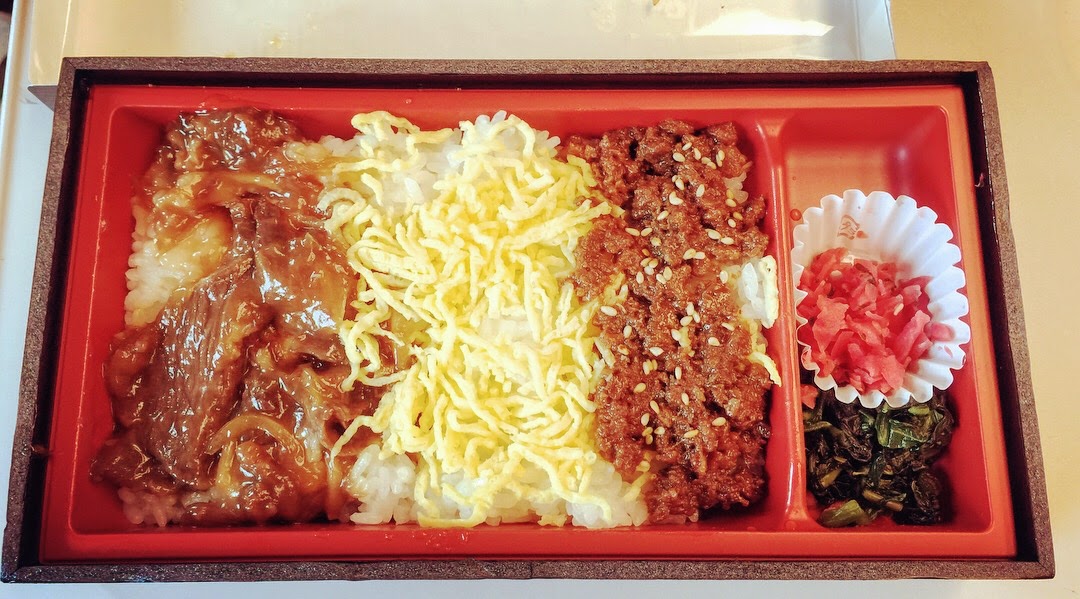 If you only had to get one bento, I would recommend this. It’s a bit on the pricier side but it was oh well so worth it. Omi Beef is a speciality in the Kansai region. It’s one of the three top beefs of the region along with the Kobe and Matsusaka. It was deliciously good. I could have 2 or 3 of this easy. Haha The schatje chose the pork loin bento and it was not bad. It was pretty ordinary specially after having the omi beef bento. It was also a tad bit on the oily side because it’s fried. It was still nice but not as good as the omi bento. 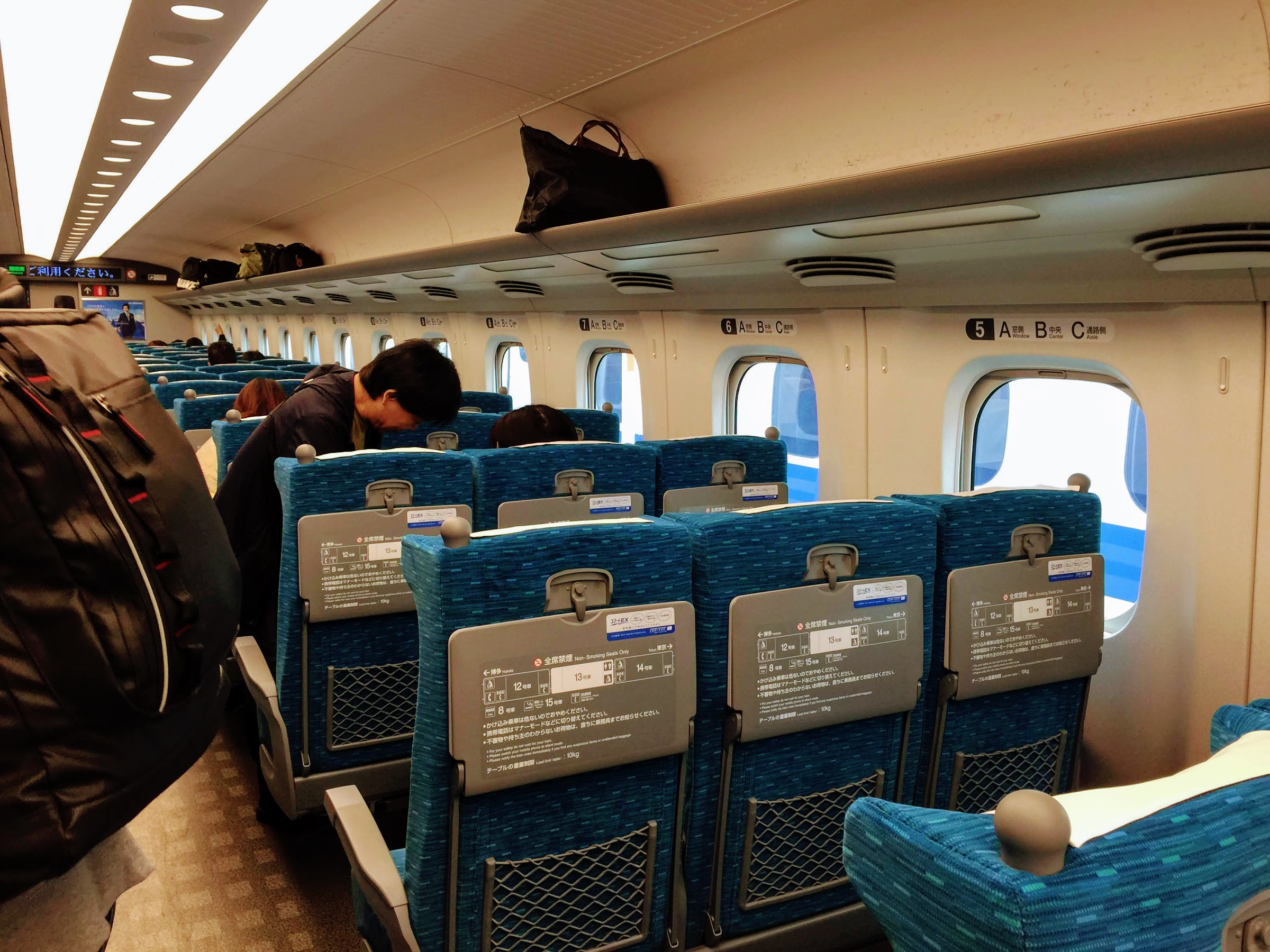 It was a very comfortable train ride. We were going at 300 kilometers per hour but you do not feel it. Our Osaka to Tokyo ride was about 2.5 hours. I’ve also done that route on the bus previously and it took us about 7 to 8 hours. So yes, the shinkansen is so much more comfortable. The price is a bit expensive but for us, it was worth it. It’s the fastest and most comfortable way to go from Osaka to Tokyo or vice versa. Definitely beats the bus or plane.