On our first night in Tokyo, we did not have much time as we arrived at the Hotel Villa Fontaine Tokyo in the afternoon. We settled and rested for a bit and after, we decided to explore a part of Tokyo at night and have dinner as well. We took the subway from Tamachi station and stopped at Shibuya 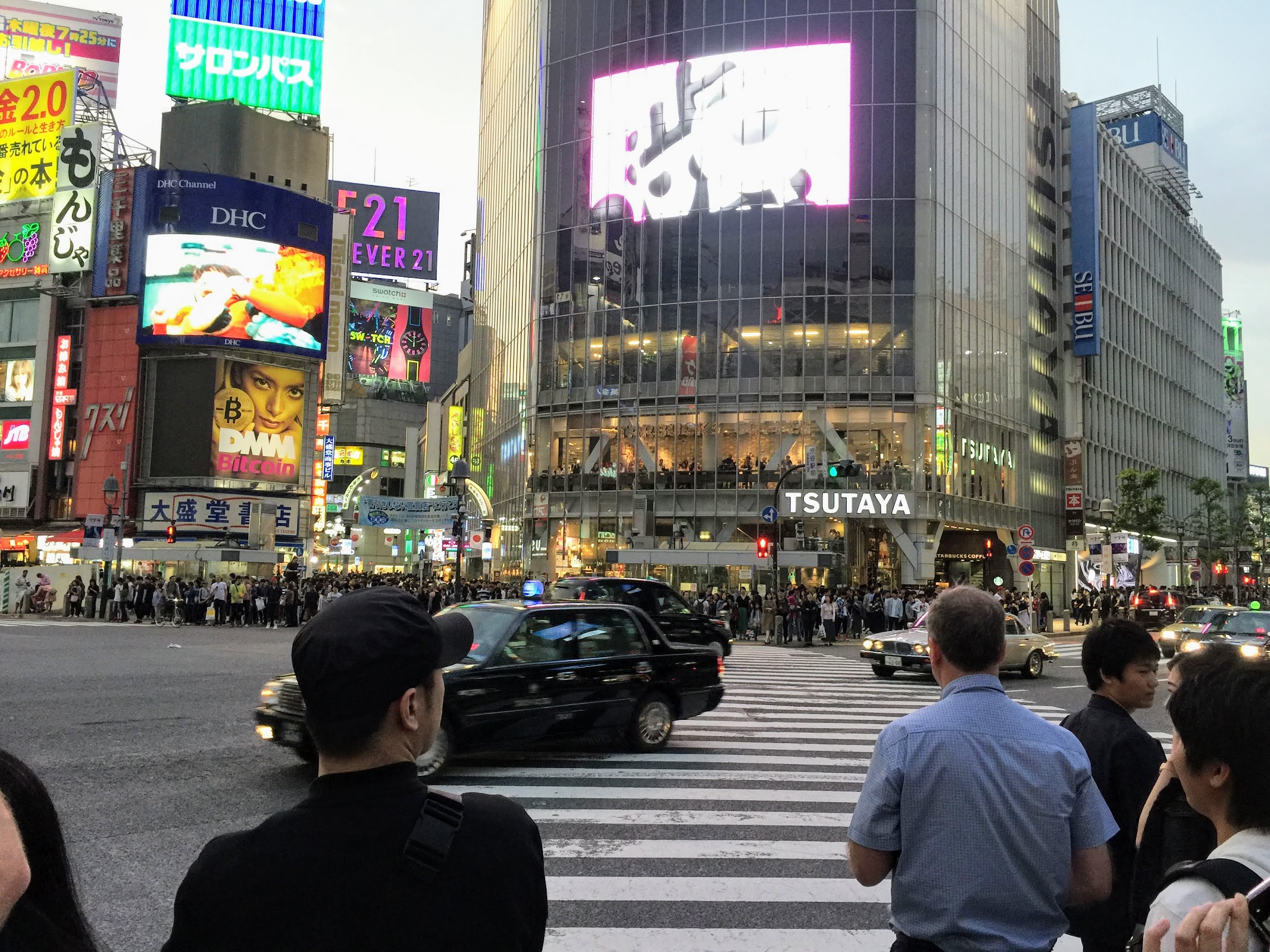 Just right outside the station, you will be able to spot the statue of Hachiko – the famous Japanese dog who loyally waited for his owner at Shibuya station even after his death. We took some pictures there. Then right across the station, you will see the big crossing of Shibuya. It is said to be the busiest intersection in the world and probably the most famous. At its peak, around 3000 people cross the Shibuya crossing. It is also surrounded by big buildings and flashing neon lights. 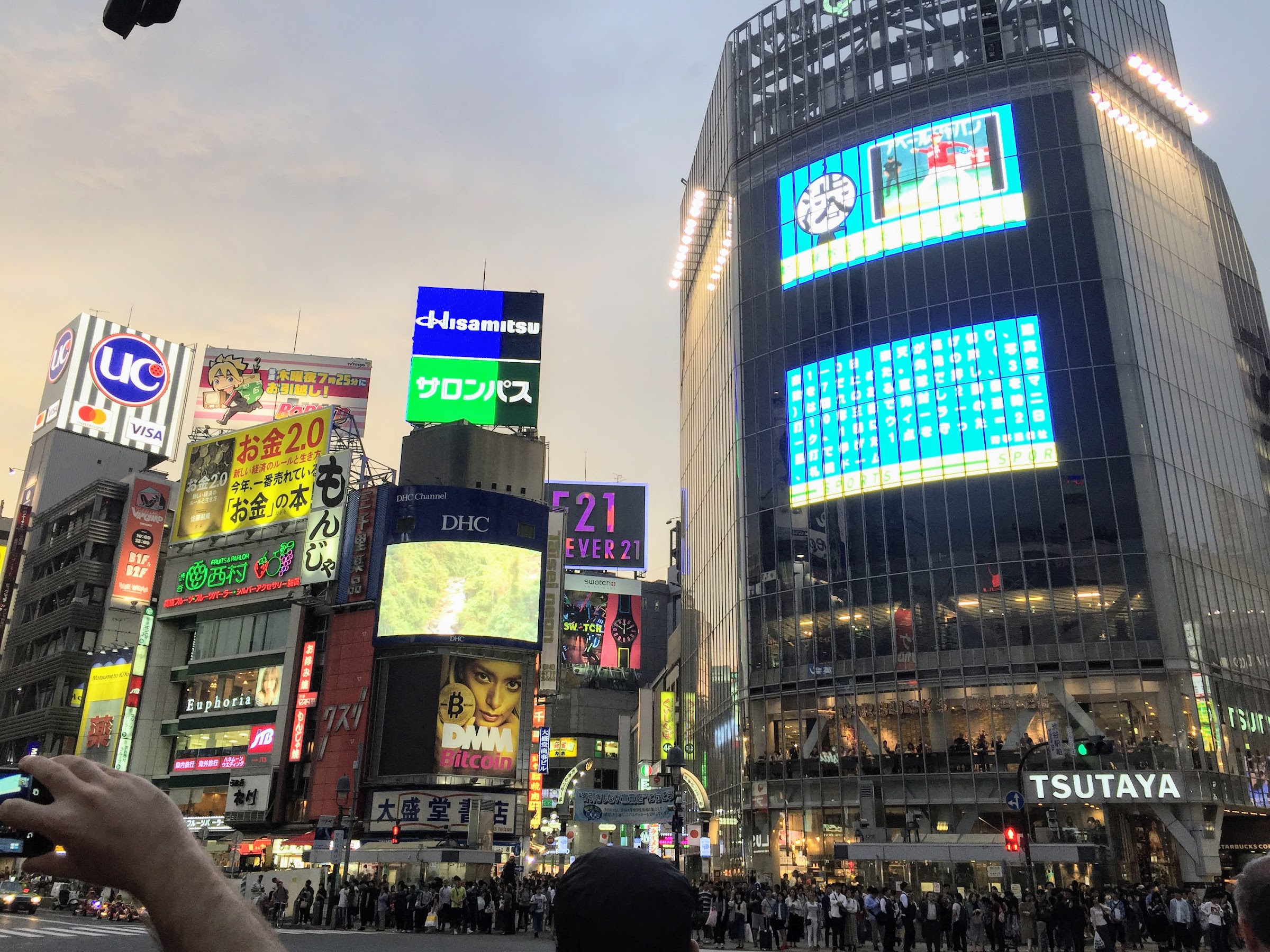 We went to the Starbucks across to see the scene from above which was also nice. It was full of course of people trying to do the same thing. After that, we went around to explore the area of Shibuya.

The area has lots of cute shops and quirky cafes like these ones.. I took the schatje to check out the basement department stores where they sold food and pastries. The one we went to near the Shibuya crossing is mostly selling pastries and we were surprised at how many Belgian chocolaterie and patisseries were there. It was almost closing time so not a lot of food was around. 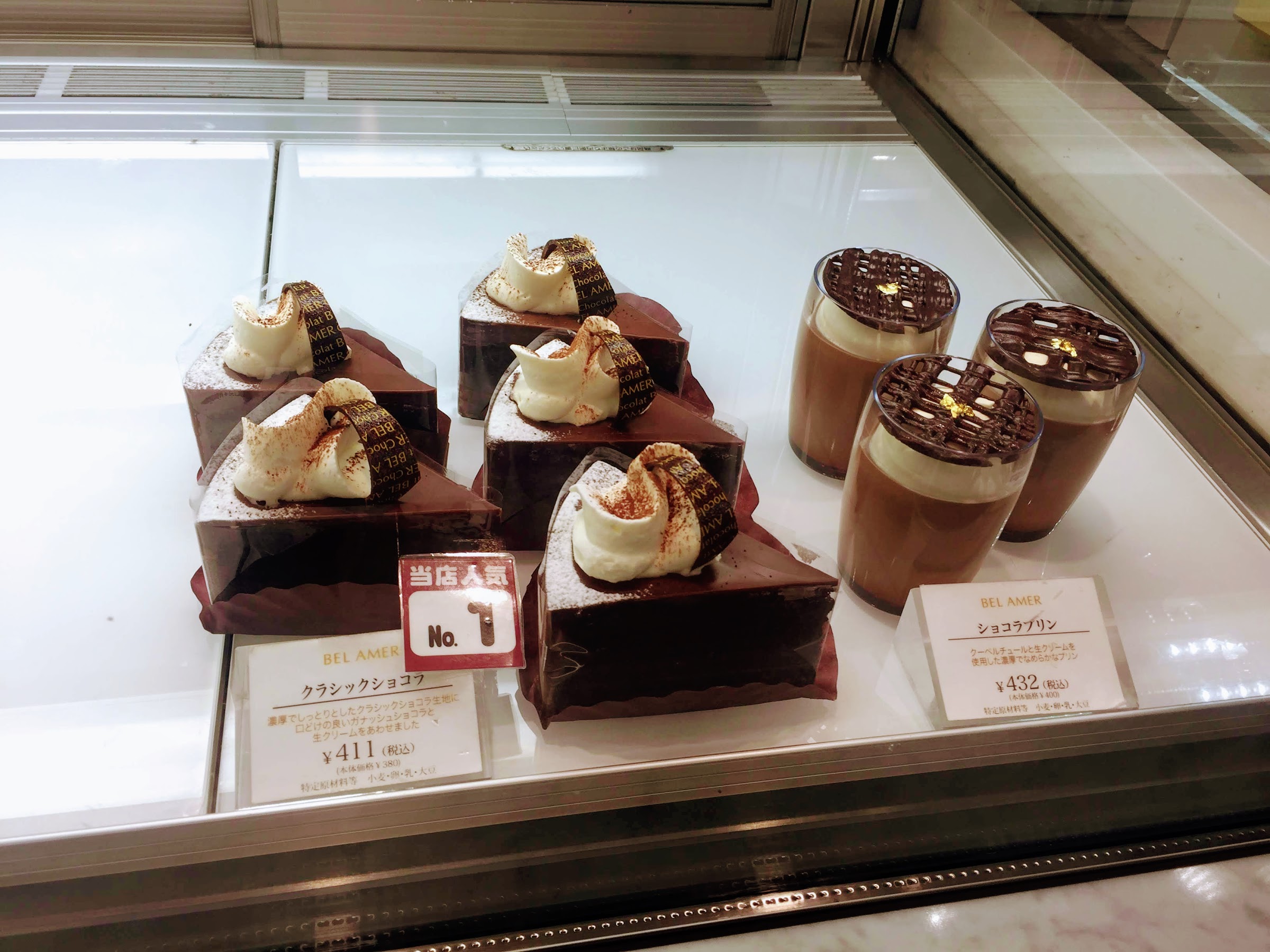 I went with a chocolate cake and it had a number one which meant it was their best seller. For buying one piece of cake, they packaged it really good even with some ice packs. I also wanted to show this to the schatje because I’m amazed with Japanese packaging. After this, we went back to our hotel.