Since we were going to Otaru on this day, we decided to have lunch around the JR Sapporo area. I have to thank my cousin for recommending this place. Nemuro Hanamuro Sushi located at Stella Place on the 6th floor at JR Sapporo. It’s quite high on the Tripadvisor ranking and deservedly so. We were here at around 10ish and they open at 11am. There was already a line when we went there. You know that a place is good when locals line up for it. 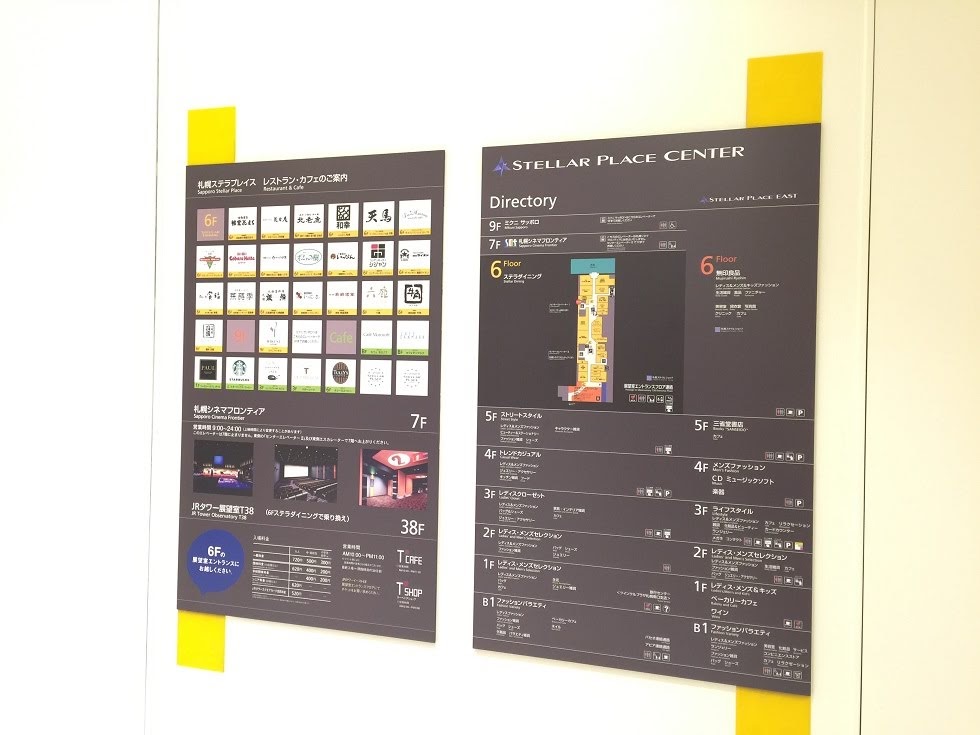 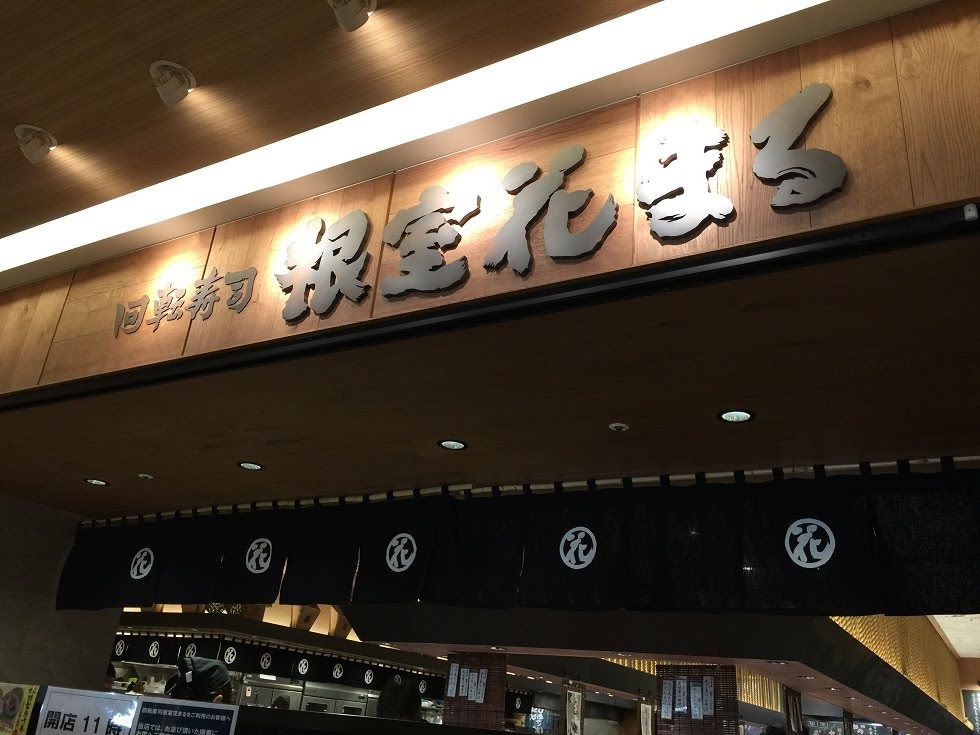 They don’t have signs in English so this is what it looks like. The giveaway is always the line. This was the only place in the area where people line up. 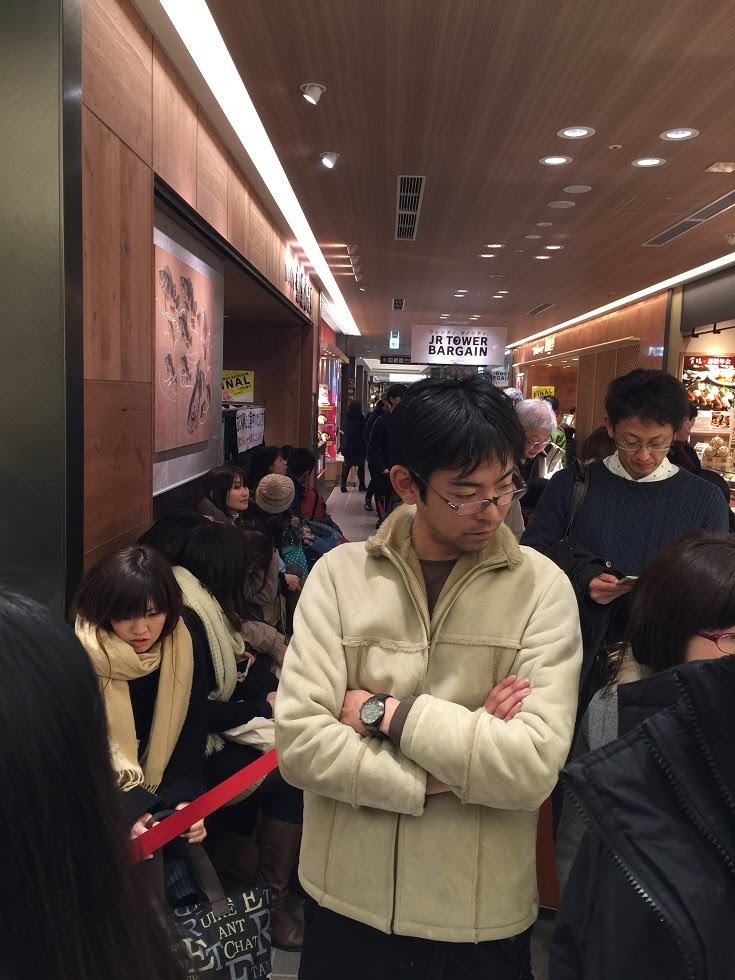 We went to line up and the girl with a board would ask people how many there were in their group. It took us about 20-30 minutes to be seated which wasn’t too bad. The line was quite organized and fast moving. This is a poster up front of their plated sushi and the price which was very reasonable in my opinion. This is what the place looks like from outside. 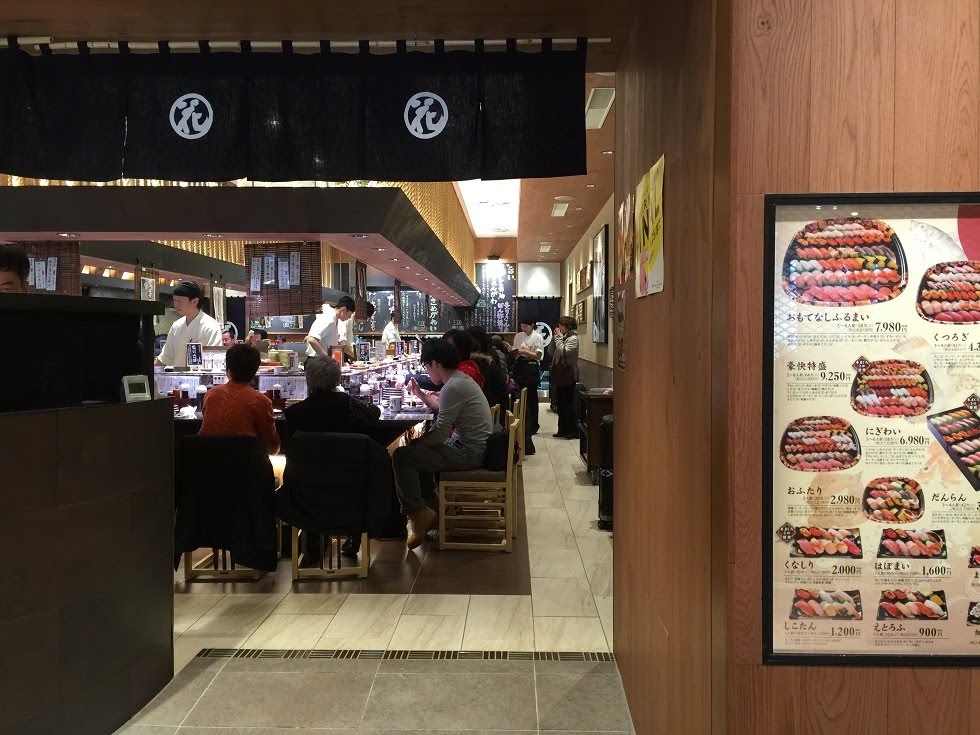 We were seated at the counter and were actually given an English menu. 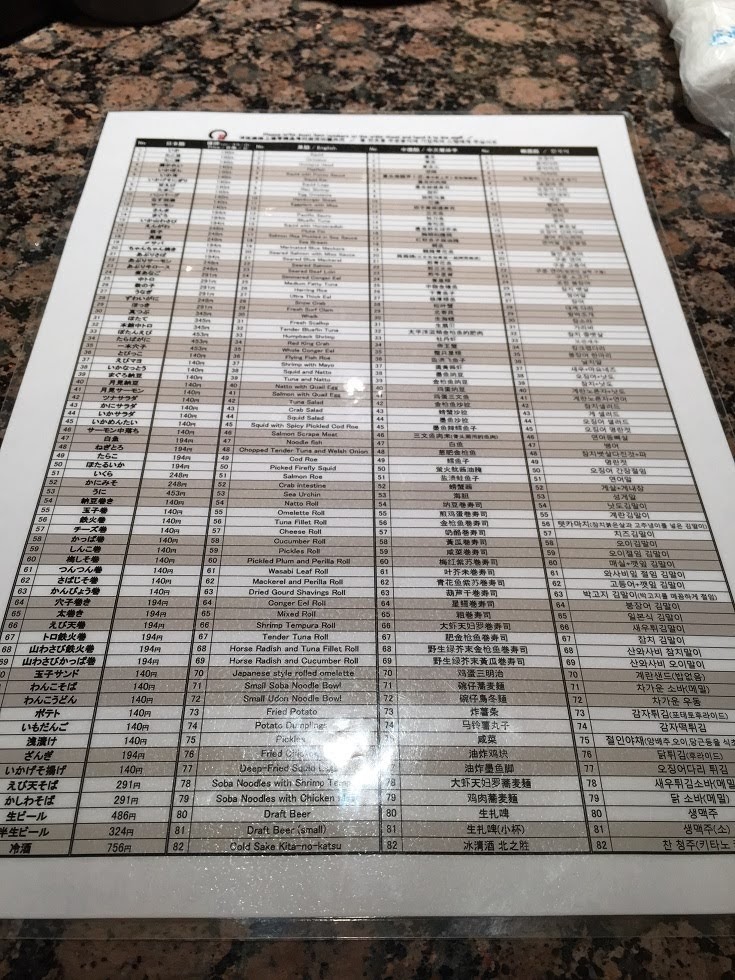 We didn’t really bother. We just took whatever we wanted on the conveyor belt. As any sushi places, the prices go by color of the plates. I forgot to take a picture of the sign but it goes like: 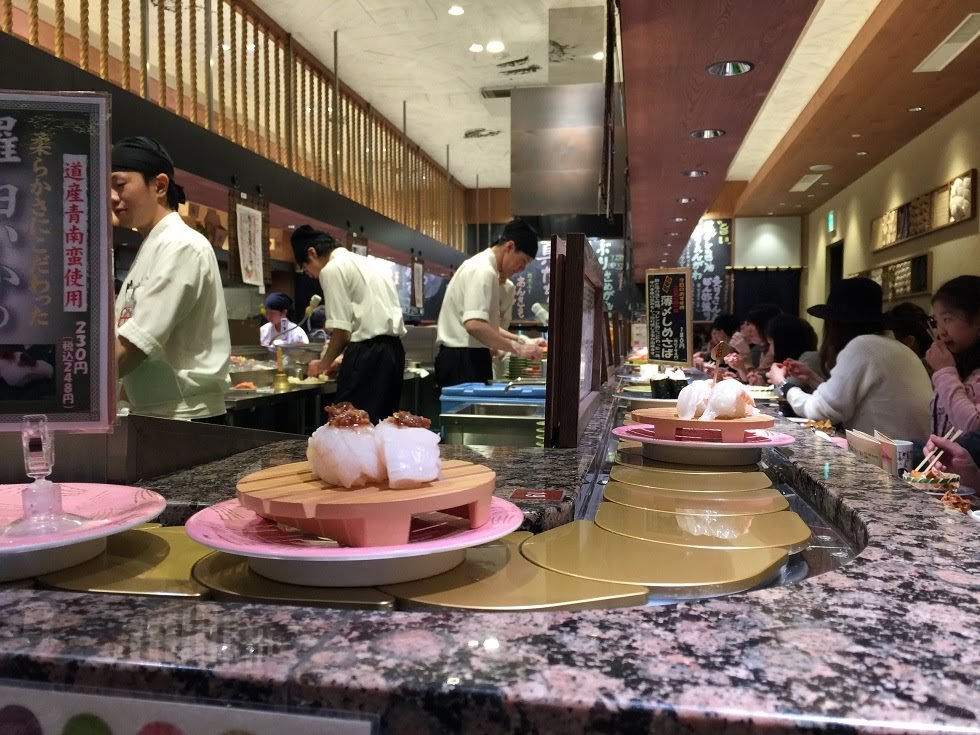 The sushi chefs were very lively and accommodating. Since we don’t know any Japanese, we would just point at things if we wanted an order of that like if our seatmate’s order looked really good. You can order things. The plate and their prices are stuck on the marble counter if you can see it. It’s all in Japanese though. What I learned from Chinese classes when I was younger came in handy at times like these since I can read numbers. 😛

Here’s a short video of the conveyor belt.

My cousins had a few of the salmon sushi. 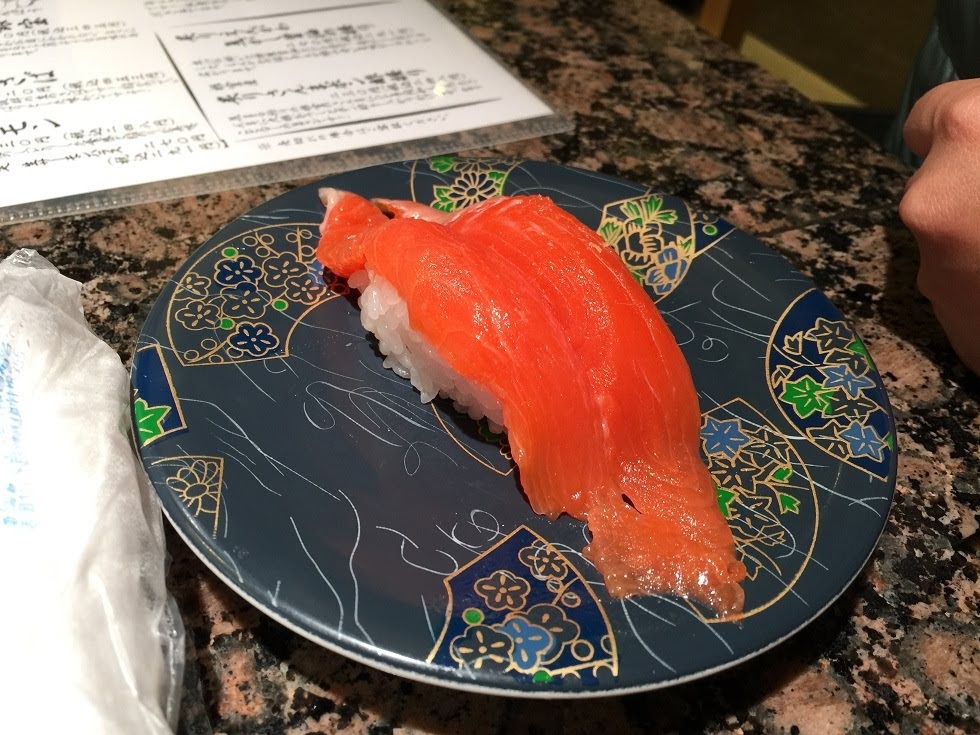 Since I’m not really into raw food. I took the cooked ones which they do have. They also have desserts just in case you want something sweet. I got the egg tamago sushi. 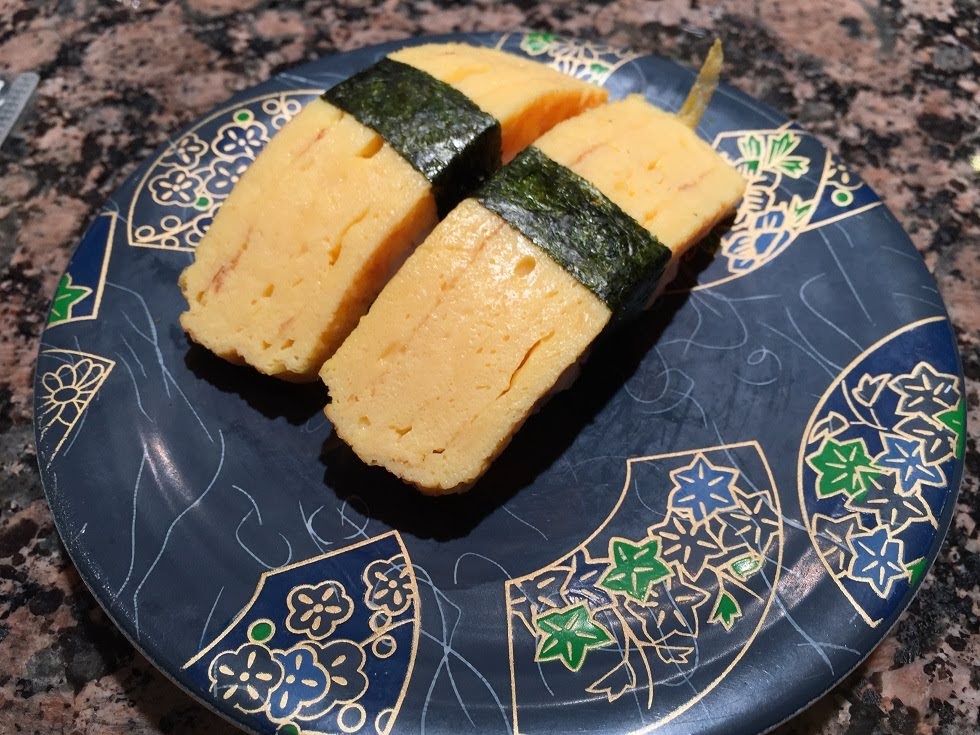 And the karaage.. Haha. 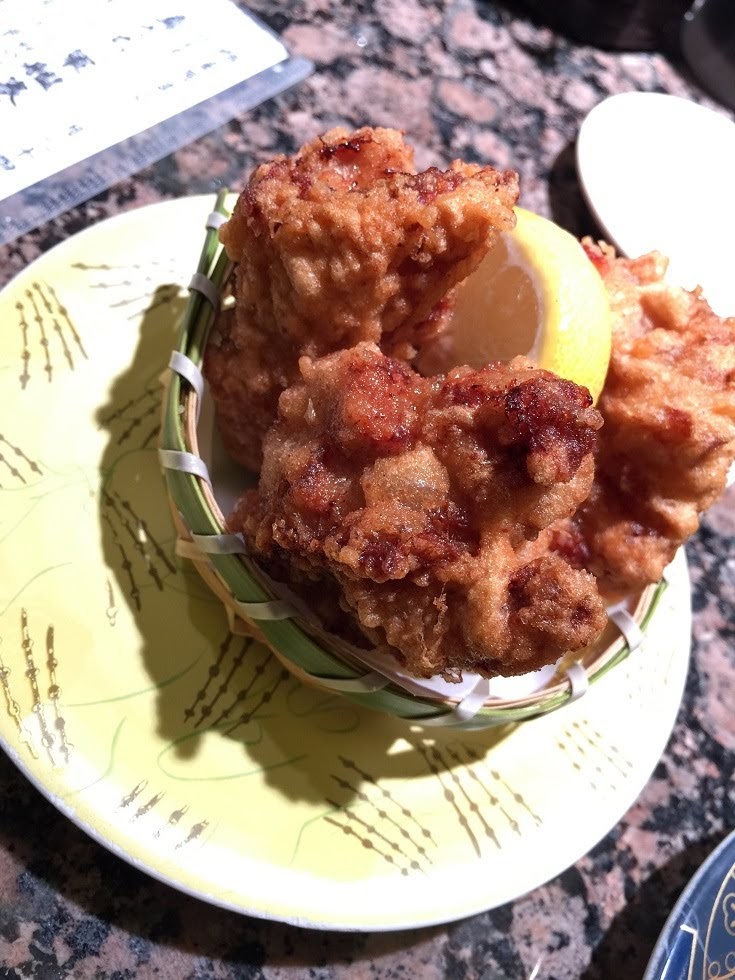 There were a couple of Japanese girls sitting next to my cousin and we saw them order something. We asked them what it was and they said it was king crab sushi. They even helped us order one. Since it’s an expensive plate, my cousin and I just shared since there are two pieces in one plate. I’m not into raw things but this was really good. I really liked it. 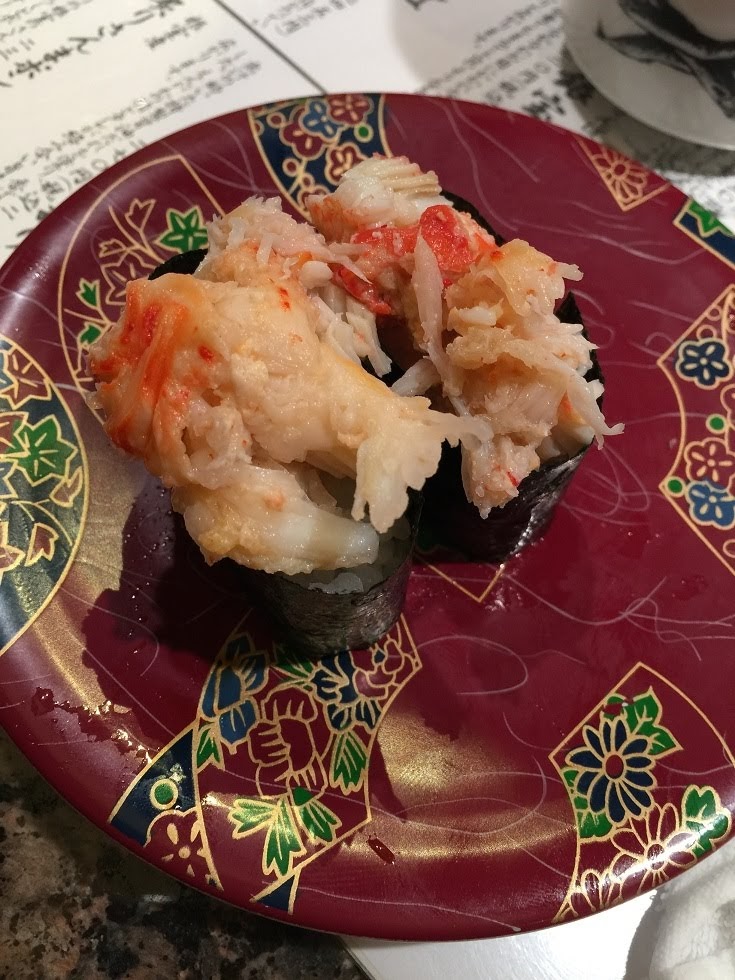 We were full and we only ordered 4-5 plates each. We asked for our bill and you have to line up at the cashier to pay for it. That was a really good meal and I recommend it to anyone who visits Sapporo. 🙂

I was dreading to book a place in Tokyo since I know it would cost a bit more than other places in Japan. Our accommodations on this trip have been relatively the same on budget – 3000 pesos a night for a triple room. […]

Our option for travel to the airport was the airport bus since it was pretty close to where we are staying and we don’t have to carry our luggage around if we did it by metro. Taxi would have been really expensive. This post […]

1 thought on “Nemuro Hanamuro Sushi at Stellar Place in Sapporo”