Karting around Tokyo in our Marion costumes was by far the best experience we had on this trip. It was amazing to drive around the streets of Tokyo. If you are a fan of Mario Brothers like we were growing up, then this is an experience to remember. It was fun and exhilarating. People also constantly took pictures of us and especially kids would wave at us when they saw us. That was enjoyable to experience. Our Mario Kart Tokyo experience was courtesy of a company called Maricar. They have several offices in Tokyo and you can choose on a range of itinerary, area and time.

So, you decide to do this activity. What to do next? Pick a company. There are several companies that do this. We went with Maricar or they are known as Street Kart now. They also have several tours and locations. We personally chose the afternoon tour in Shibuya.

First, I emailed to inquire them about availability for our dates. They gave us a few options of what they had available. After we had chosen what we wanted, we were asked about our driver’s license which is an important requirement. You can go on the next section to know more about it. They also promptly replied to any questions we had. We had a temporary confirmation for our booking pending the official translation of our driver’s license.

DRIVER’S LICENSE. These are the licenses you can drive with in Japan:


In our case we had our Belgian Driver’s License so we needed it to be officially translated by JAF.

As we were in Tokyo during the Golden week, we did not want to risk going there with the offices closed on holiday so we spent the week before in Osaka and decided to get it there just to make sure we have it. It took us a day. We went there in the morning with our driver’s license and passport. They made copies and we also left our driver’s license and paid the fee of 3,000 yen or about 25 euros. The office was easy to reach by public transport although it was a bit out of the way. You can find more information here.

Once I had sent them the photo of our driver’s license’s official translation in Japanese, our reservation was officially confirmed. 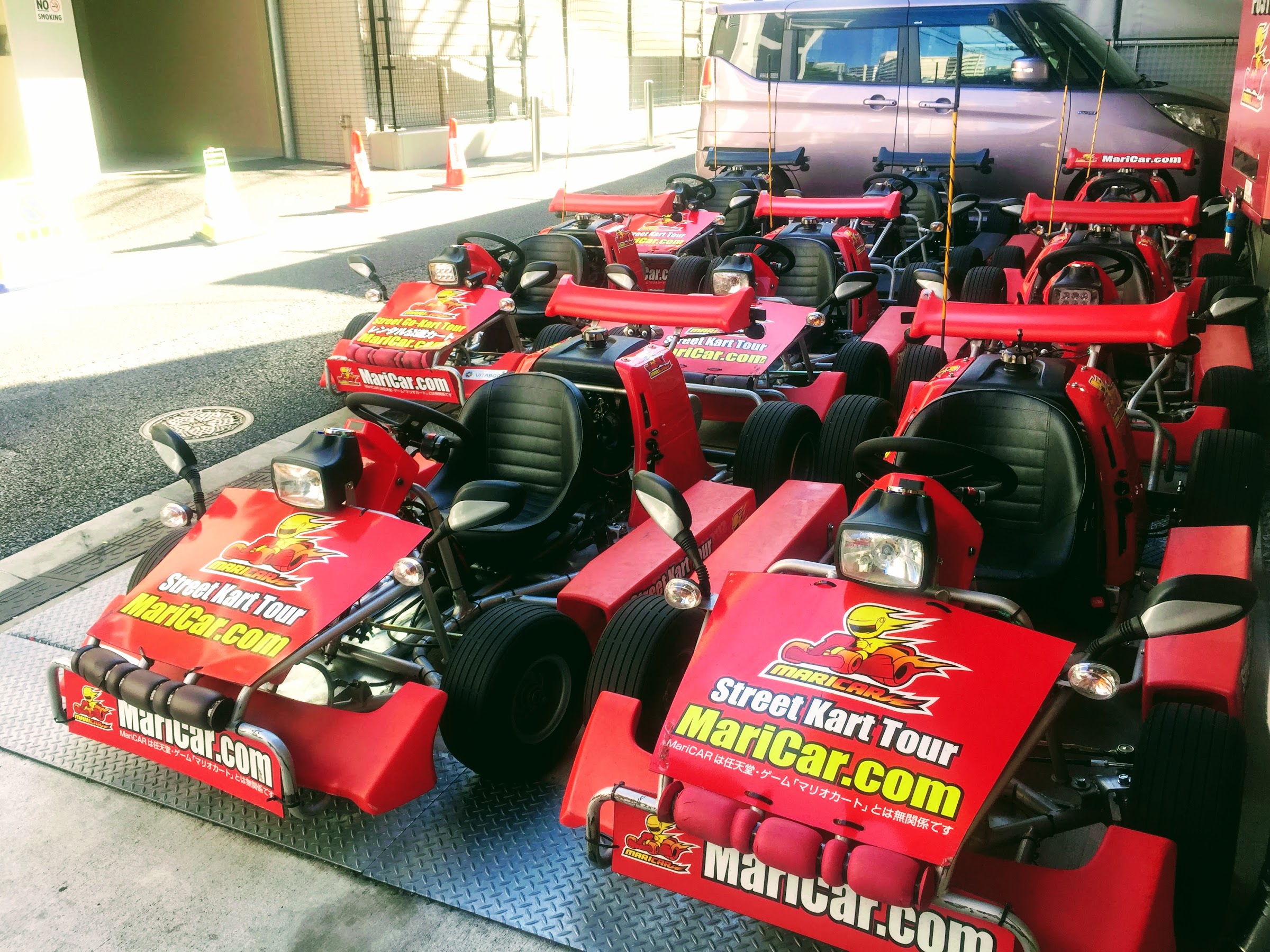 We were there on before the appointed time. The shop was easy to find and you see the karts immediately outside. The office was not big but it had lockers you can use for free. We presented our Belgium Driver’s license along with the official translation from JAF. We also brought our passports. We paid the fee. Yes, it’s pricey but it was a once in a lifetime experience for us. Then, it was time to pick out the costume. We were in a group of 6. The 4 people were early and they were already dressed. I wanted to be “princess” but the princess costume seemed tired and maybe more apt in colder weather so we went for Mario and Luigi. 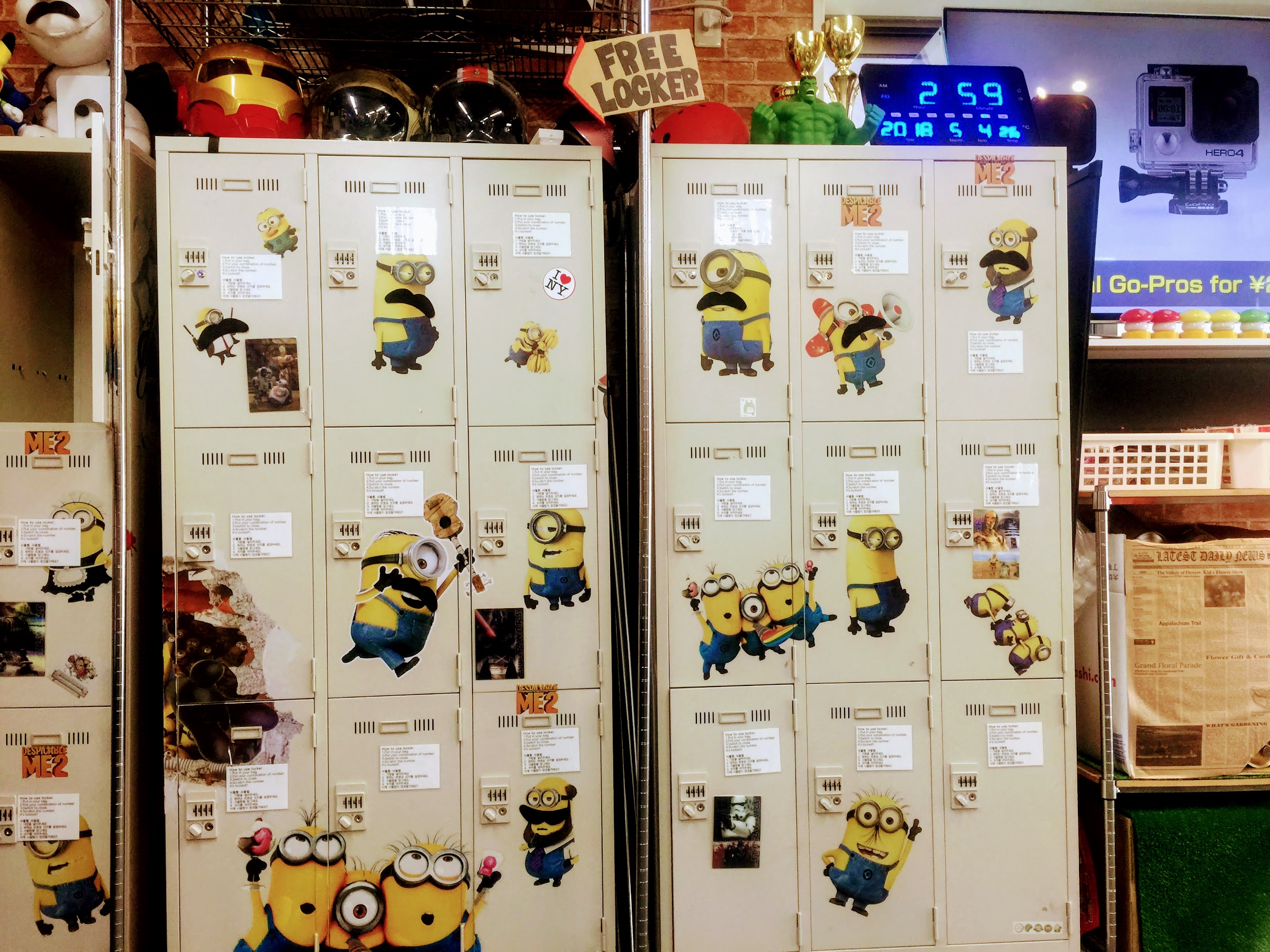 After getting dressed and putting our belongings in the locker, we were ushered outside to be given instructions about the kart and general rules like when we come to a stop, we have to park by two. I had the go pro with me strapped on my head. I left the phone which meant I could not take photos but that’s ok because the instructor/head driver would take pictures of us occasionally. He took photos at the Shibuya Crossing.. 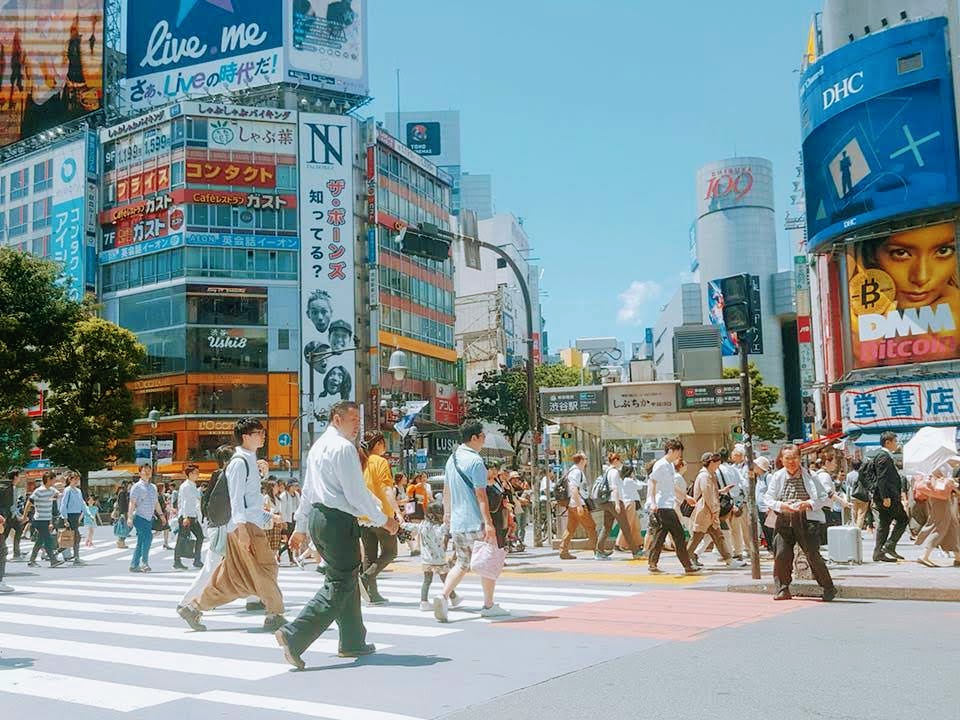 and also the Tokyo Tower.. 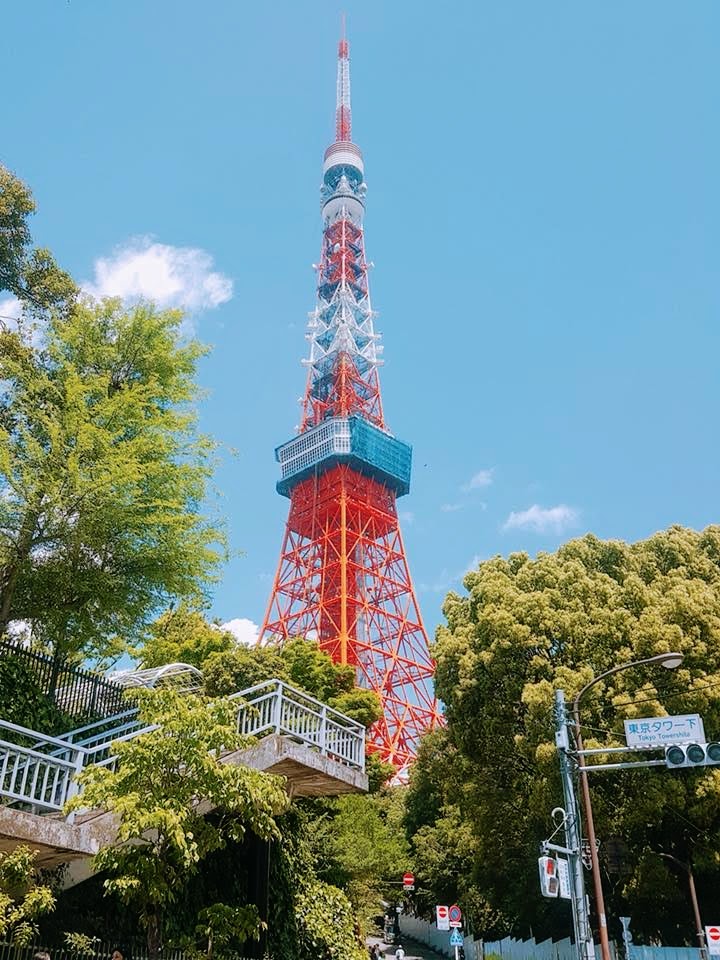 They gave us a printed copy of a group shot which was really nice to remember that experience. 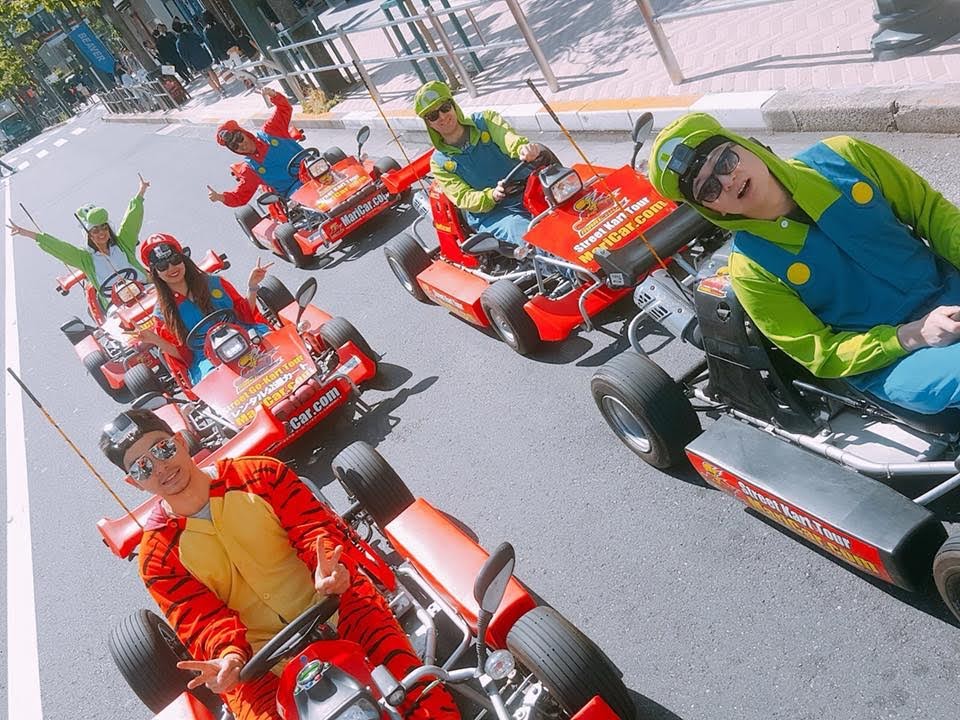