The Manor Hotel‘s accommodation does not include any breakfast meal unlike most hotels. You have a couple of option, either order in with room service or try the buffet breakfast at Le Chef for 550 pesos a person. I have my friend Silver to thank for this treat of Le Chef breakfast buffet at the Manor. 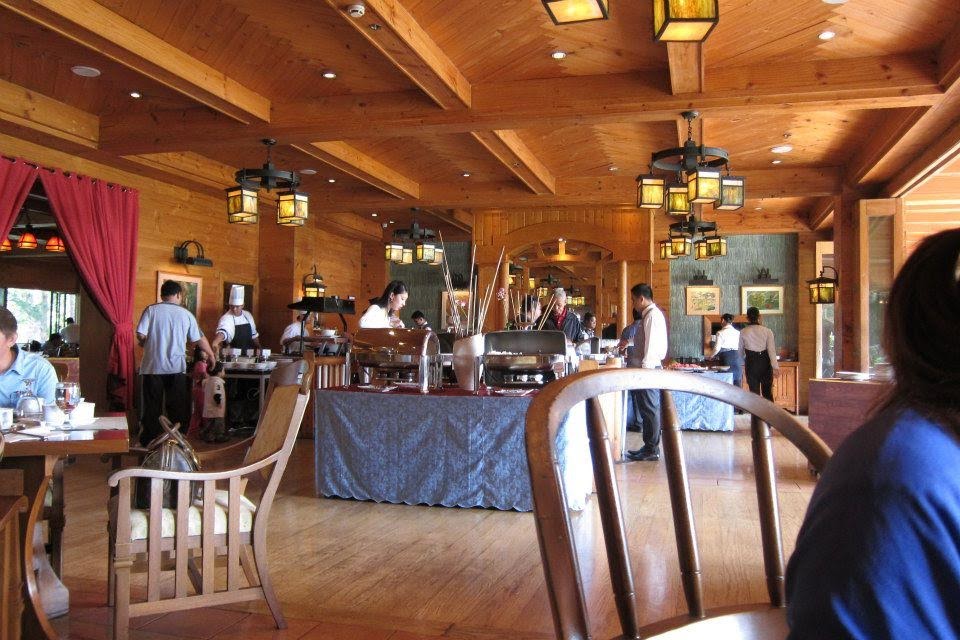 The breakfast area is on the ground floor. The ambiance is really nice and grand. It’s also open and overlooks The Manor’s lovely garden.

Now for the food.. My first plate, I got fried rice, lots of bacon, longganisa and I loved their pork. 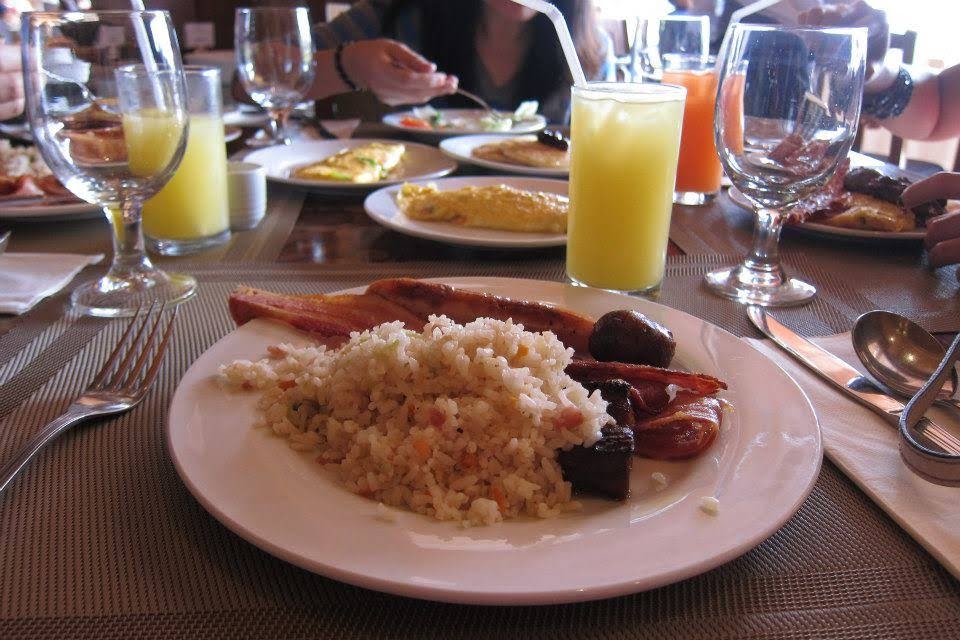 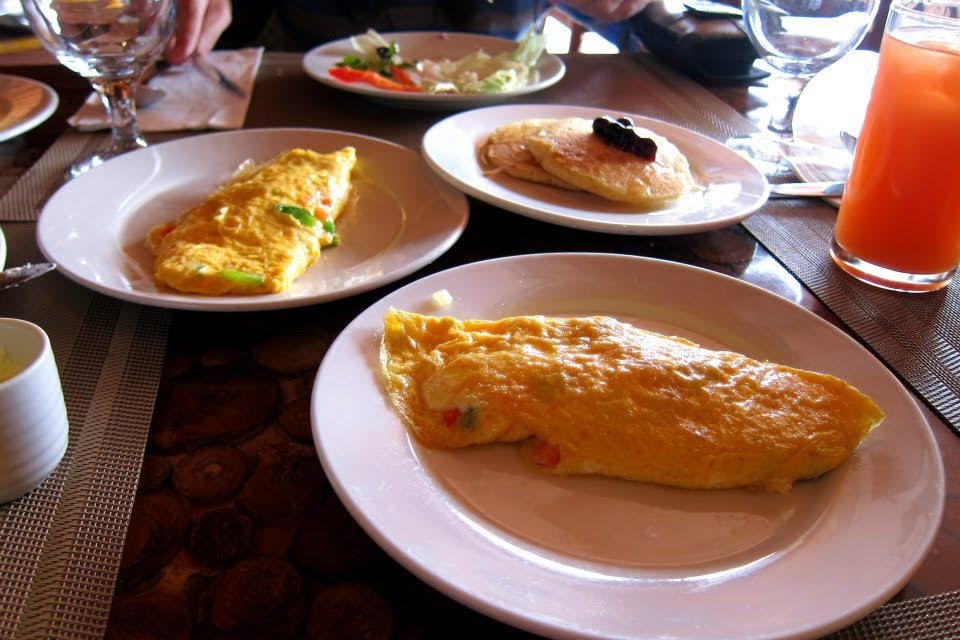 They had three kinds of juices available and fruits next to the bread counter. I think they make the bread in-house. I got three kinds of bread and had it heated. I also got the honey spread which was really good and the strawberry jam. 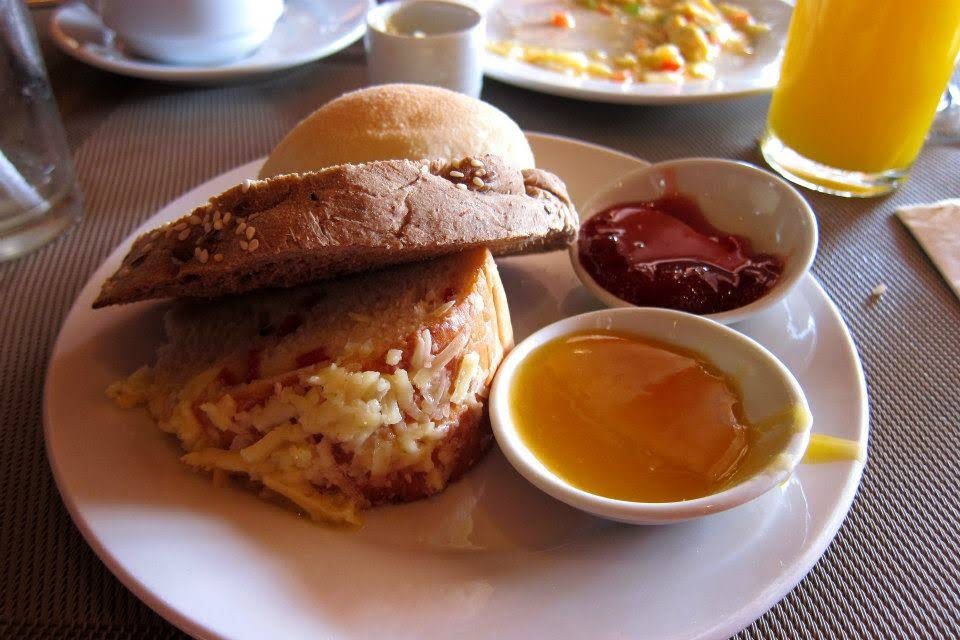 They also had a salad bar with dilis and salted eggs with tomatoes on one section. I got a bowl of congee on the next table. They also make pancakes as I mentioned before. They are nice and fluffy. 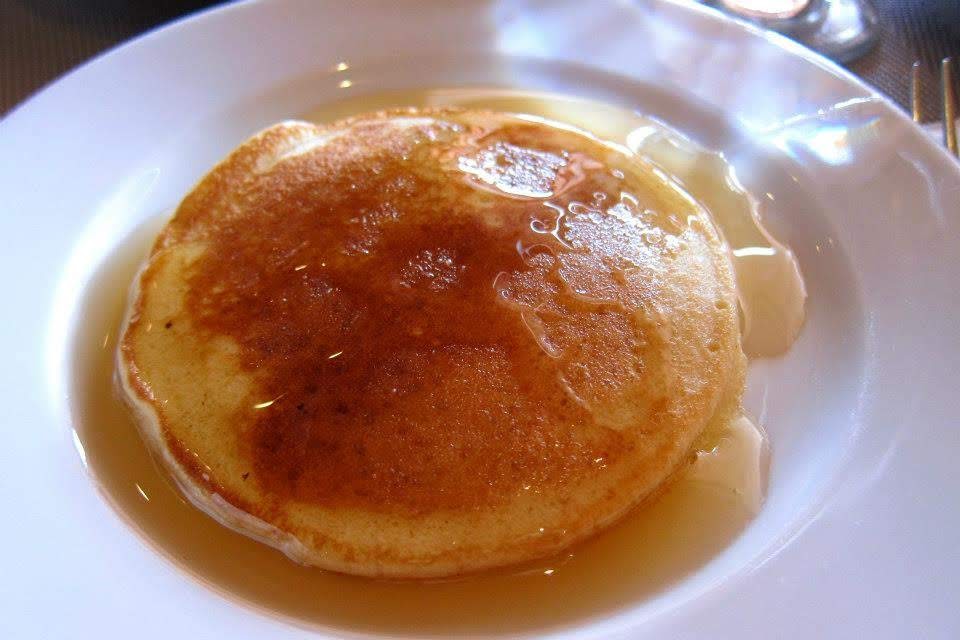 They also had yogurt which my friends told me was really good. They also had a table for cereals, next to the yogurts. It was a huge buffet spread, bigger than normal buffet spreads I’ve seen on other hotels in the Philippines. Here’s the view from our table. 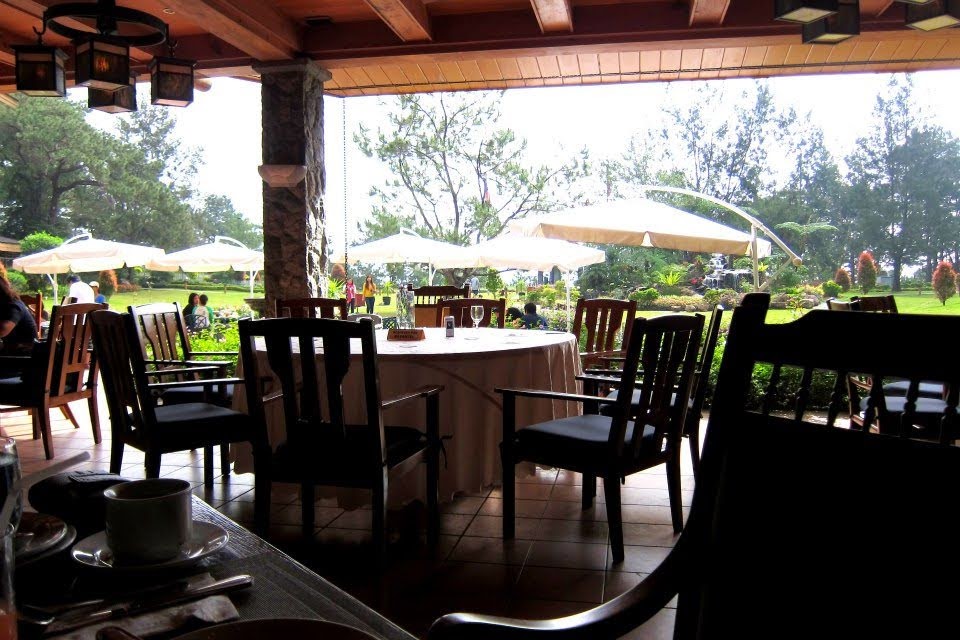 I think it was a really good experience. The buffet spread was large and varied. Plenty of options for whatever your whim is for breakfast. I wouldn’t do it everyday though if I were staying at The Manor for a week. I don’t think I’ll get my money’s worth. There are plenty of other good breakfast options in Baguio to try. 🙂

This Baguio Staycation trip was a post birthday celebration for me and my friend. After a really long bus ride and our check-in at The Manor, we went out for lunch. Our local friend took us at the Ketchup Food Community which is located […]

I was thinking of where we could do my post Birthday celebrations with friends. I thought of doing river rafting but one of our friends can’t really do extreme activities. We didn’t want to go out of town for the beach. Going by plane […]

0 thoughts on “Le Chef Breakfast Buffet at The Manor”