Kansai Airport through Jetstar and the ICOCA card

This whole trip got started when my cousin tipped me off about a sale on Jetstar. She knows how much I’d love to go to Japan. She already purchased her ticket which were sold out fast unsurprisingly. They went the other route while I asked another cousin if she wanted to go on this trip. So, I immediately purchased us a Manila-Osaka, Tokyo-Manila tickets which were around 8,000+ pesos excluding optional additional luggage for a fee. On researching about this trip, I had to find out what is the best way to get into the city. I learned a lot about Kansai Airport and the ICOCA card.

Jetstar actually reminds me of the low cost budget airline Easyjet in europe with similar colors. The leg room leaves less to be desired which is just like any other budget airline. The service is so-so. For short flights, it will do but I would not fly with them for anything over 5 hours. Manila-Osaka was only 3 hours which was really nice. 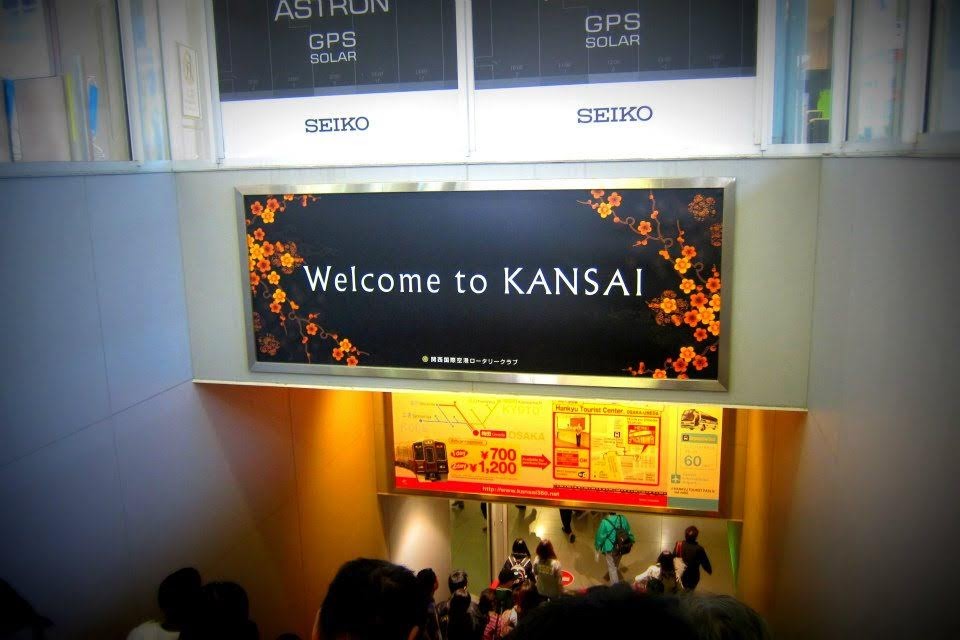 Kansai airport was very functional and efficient. The queue at immigration was quite long but the line moved really fast. You were out of there before you know it. Once outside, we changed the money we had since I read online that money changers were not as common in the city which was true but you’ll still find them in tourist areas. Just to be safe, we changed the money we planned to spend here. There are a lot of ATMs but not all accepted international cards as my cousin learned. We went through a whole slew of ATM machines before she got her money. I’m not sure if it was just her ATM card.

Anyway, how to get to the city? 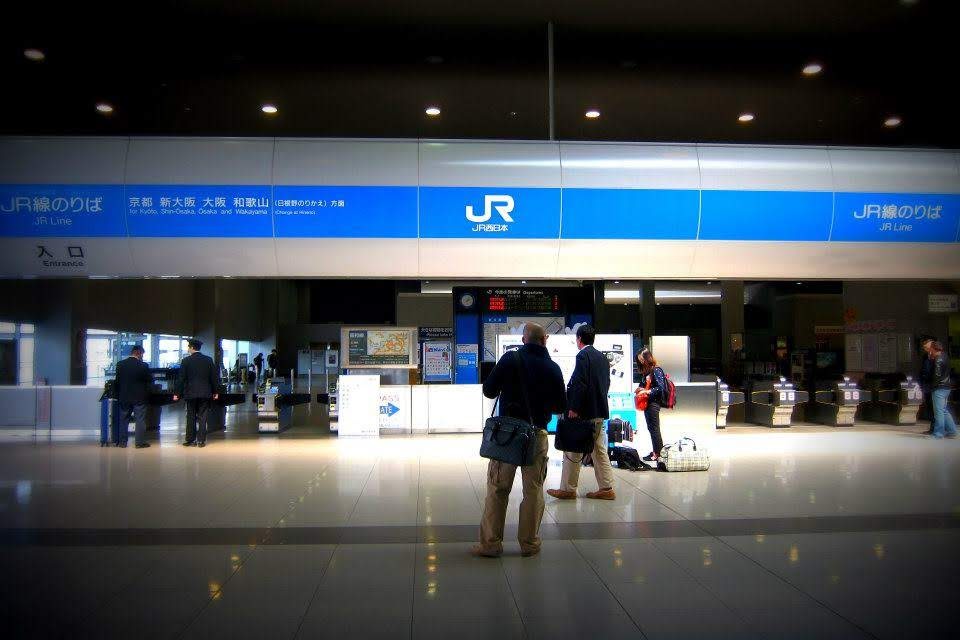 I think there are bus options but we opted for the train. We wanted to get the ICOCA card since it seems like a better value. The Haruka Express one way costs 2470 to Shin-Osaka. With the ICOCA + Haruka Express ticket, the one way fare only costs 1500 and you have a card with stored value of Y1500. I already saved 970 plus the ICOCA card is so convenient. Just like the Octopus card in HongKong, you can add value but note that the minimum you can add is 1000 yen. You can also use it in convenient stores and restaurants.

They had two designs and we chose the Hello Kitty with the Osaka Castle in the background. It makes a great souvenir as well. ^.^ 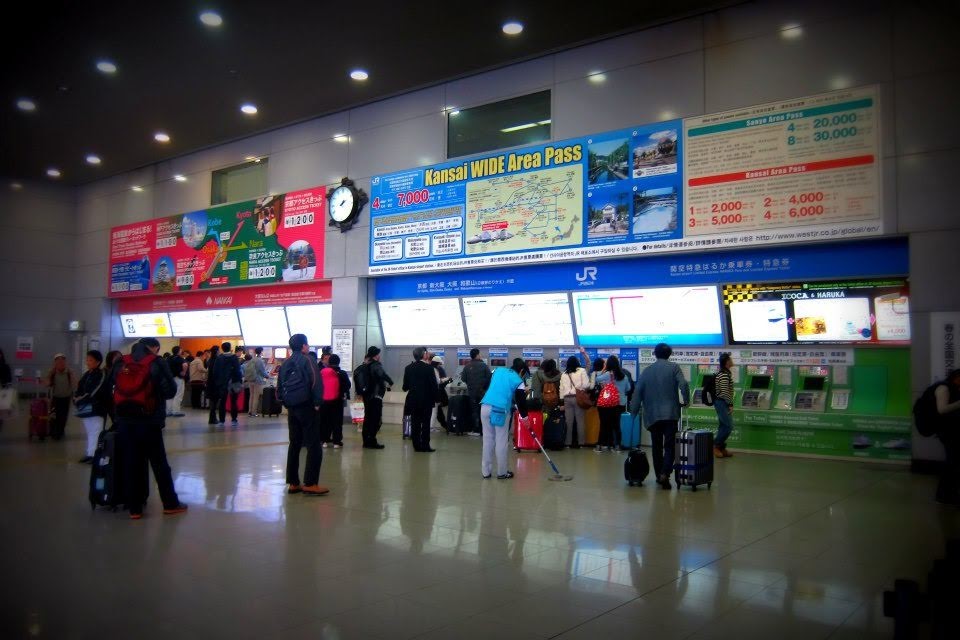 The line was super long in the JR office so that took a chunk of our time. I didn’t factor that in. We also find out that the Haruka express was not operating due to the earthquake early in the morning so we had to take the local train which stopped in Osaka, then we had to transfer to Shin-Osaka. 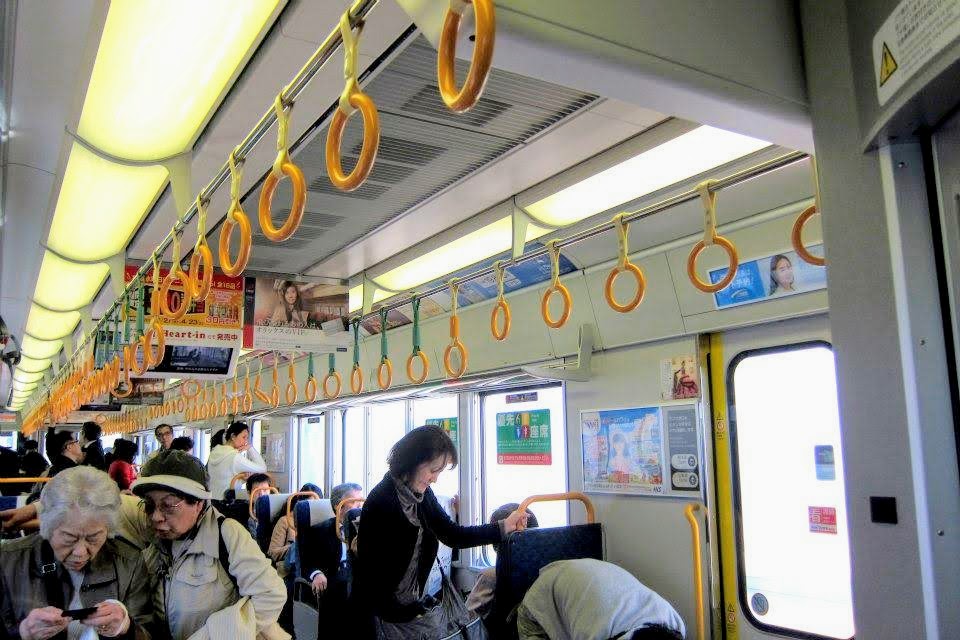 We were standing the whole time since the train was full and there were no seats available plus we had bulky luggage. 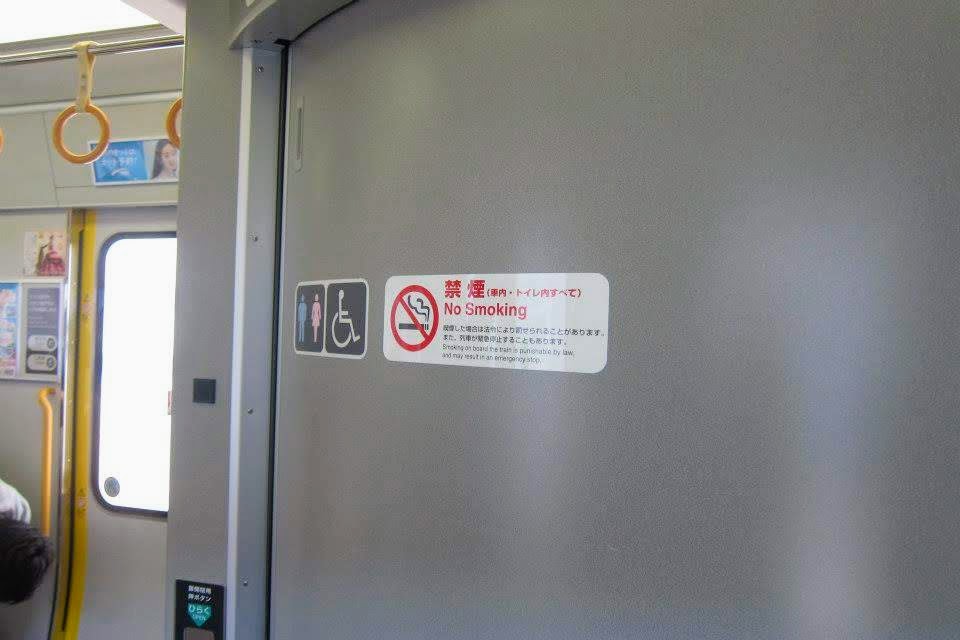 They even had a working toilet inside the train – cool!

Anyway, elevators would be your best friend if you had luggage. They don’t have escalators in all of the ramps but there are elevators for most, you’ve just got to find one. We learned this after a couple of days. They really help! It’s like seeing light in a really dark tunnel every time we see one. 😛 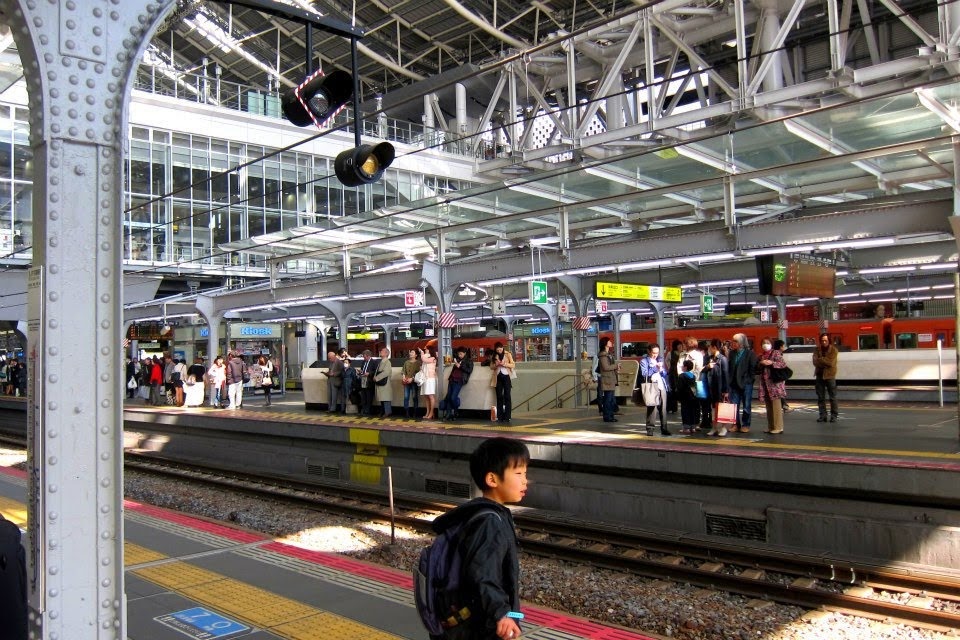 We reached Osaka and transfered to Shin-Osaka station to get to our fantastic hotel – Remm Shin Osaka.

6 thoughts on “Kansai Airport through Jetstar and the ICOCA card”