In the morning, we decided to check out Insadong first and just walk around before going to the temple. I actually had a personal seal made. Insadong is known for handicrafts so there are actually a number of places that would make you a seal. You can choose from a variety of designs. If you watch Korean dramas, you may have noticed that Koreans use it to sign in lieu of signature.

There are many things to do in Insadong. We checked the Etude cosmetic store. We also tried this hotteok stand for 1,000 won. It was okay. Insadong is also known for hetteok stands. Still, nothing can beat Busan’s hotteok. 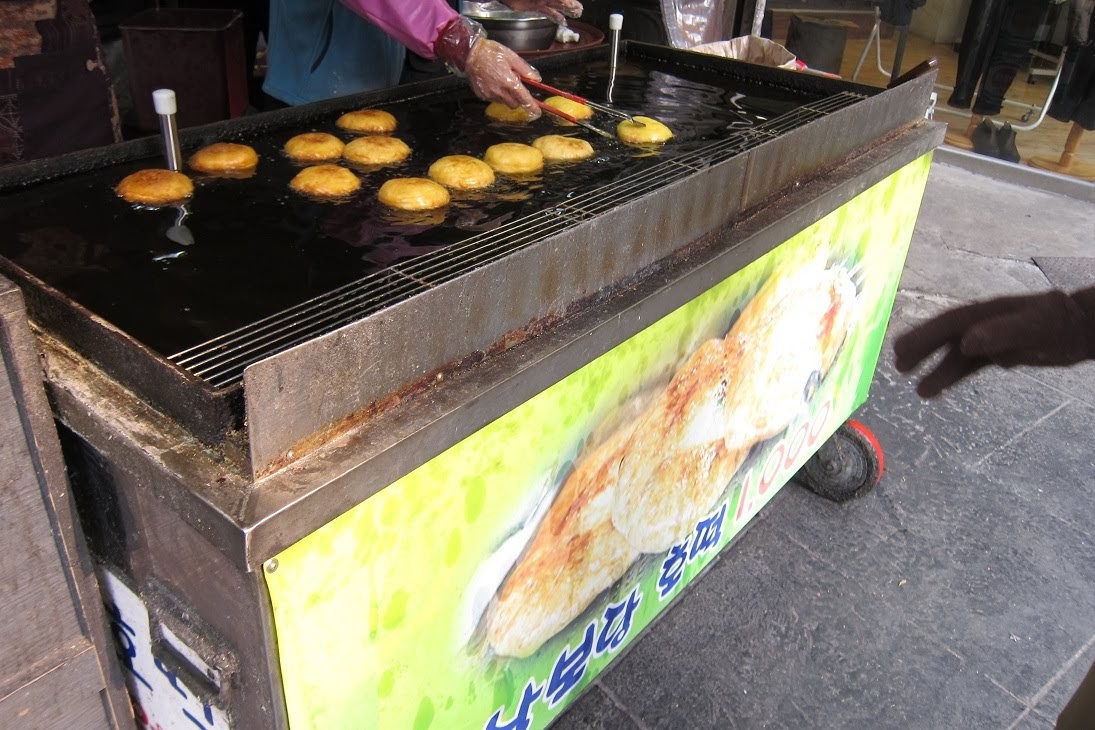 This is also a famous ice cream stand in Insadong. Those spiral thing at the top are the actual cones they use to fill it up with ice creams. Too bad the morning was chilly to try the ice cream. 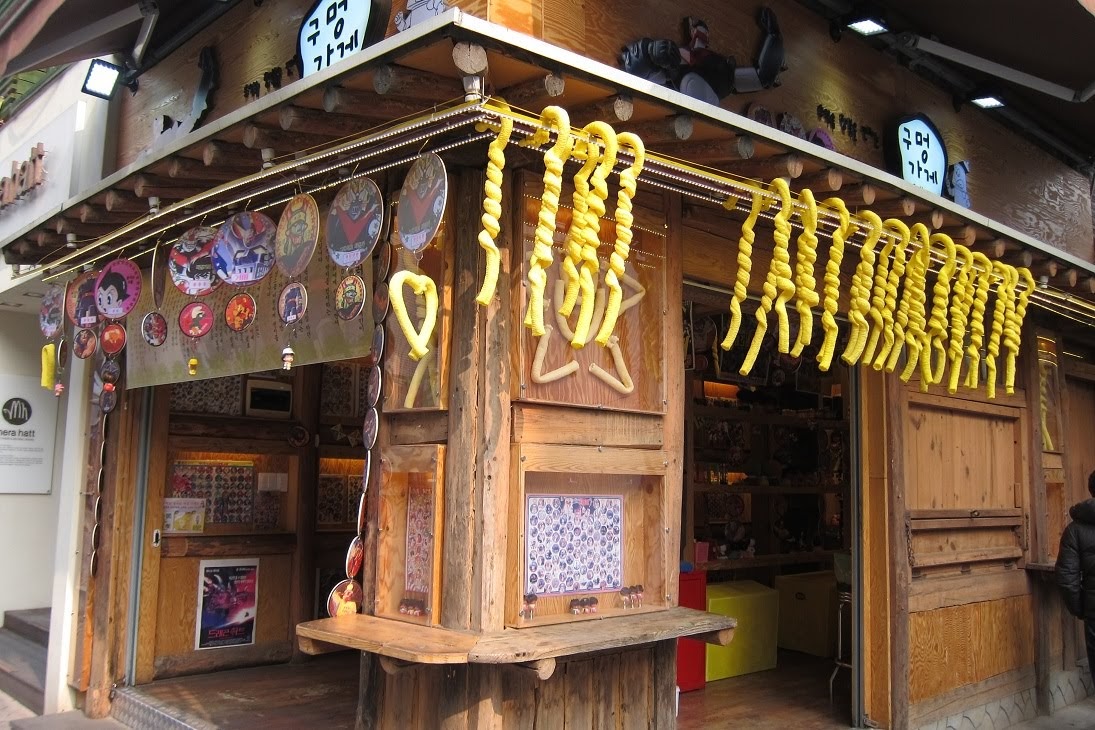 I asked around to compare prices of the seal. They were around the same prices. The other stores had limited designs for the same price so I went with this really nice store in the middle of Insadong, near Ssamzegil. It has an automatic door. The lady at the counter was really nice in assisting us with what I wanted. 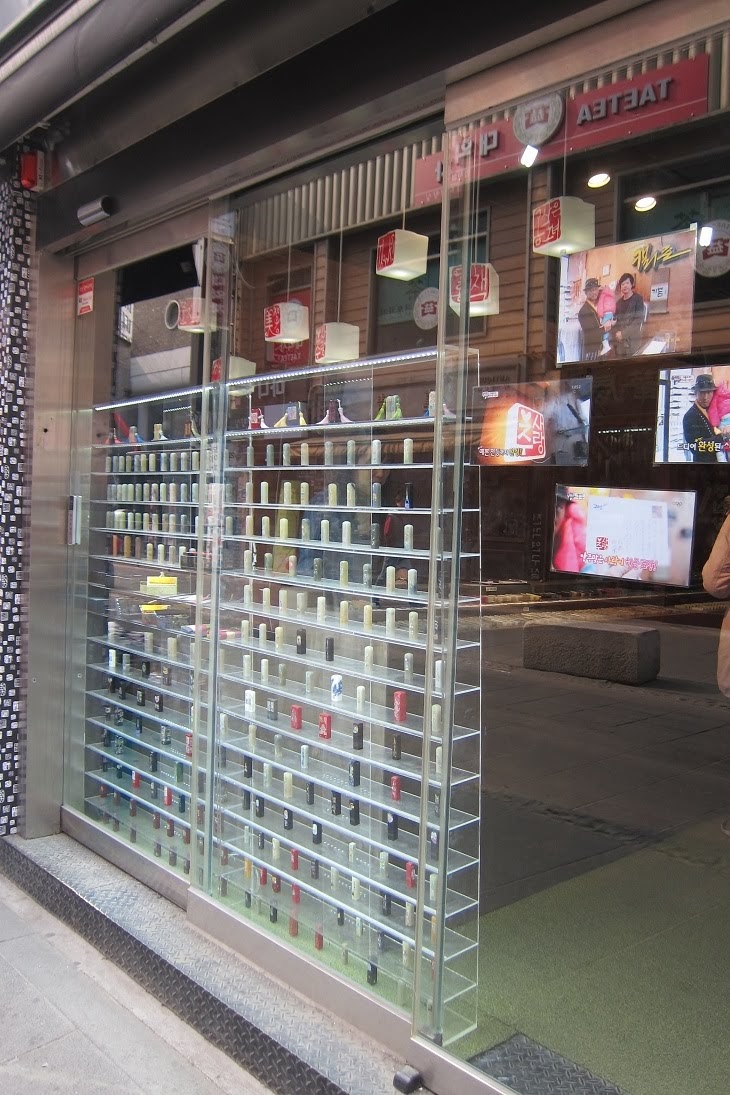 There were plenty of designs to choose from. Of course, the prices also vary depending on the make and the design. I chose from the group of cheaper seals. I was contemplating on getting a Korean seal but I figured no one would really understand it so I ended up choosing English letters. The first 5 letters are free and you pay an extra 1,000 won for every letter after that. 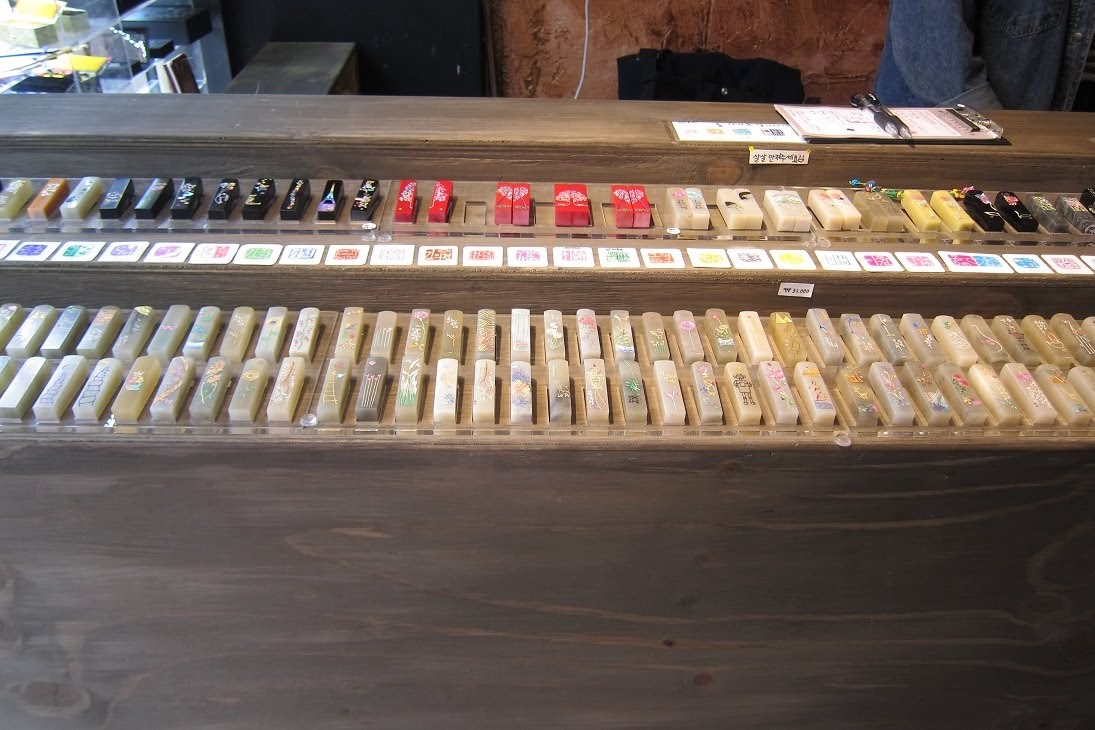 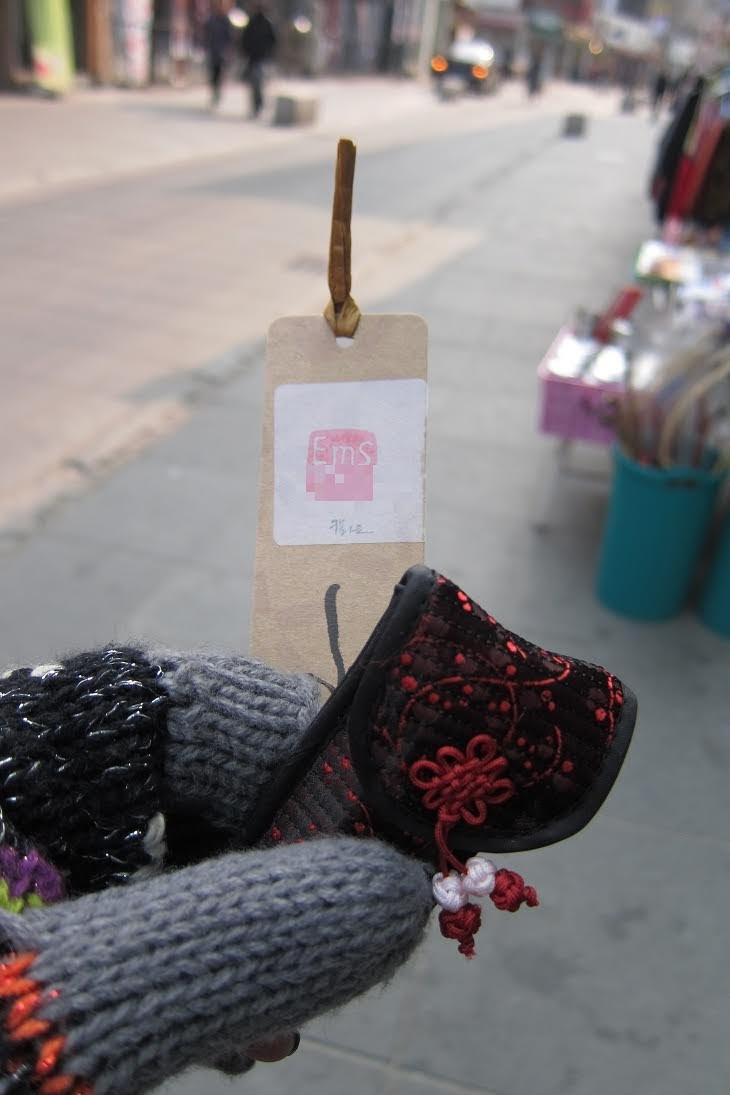 It came with this nice Korean pouch and also a lovely bookmark with the stamp on it. I really like how it turned out. 🙂

I just condensed the things we did on the 6th day. Seoul has a lot of adorable socks. The one pictured above is at Ehwa Women’s University area. We bought a lot of cute socks. Haha.

2 thoughts on “Insadong and Personal Custom Made Seal”