Gwangjang Market is a traditional market selling hanboks, beddings, crafts, and kimchi. Although it is more known for its food stalls. A lot of Korean TV programs include this in their show. I’ve seen a few popular programs come here. You can actually see advertisement on stalls that KBS or SBS so and so has come there with their pictures of course. 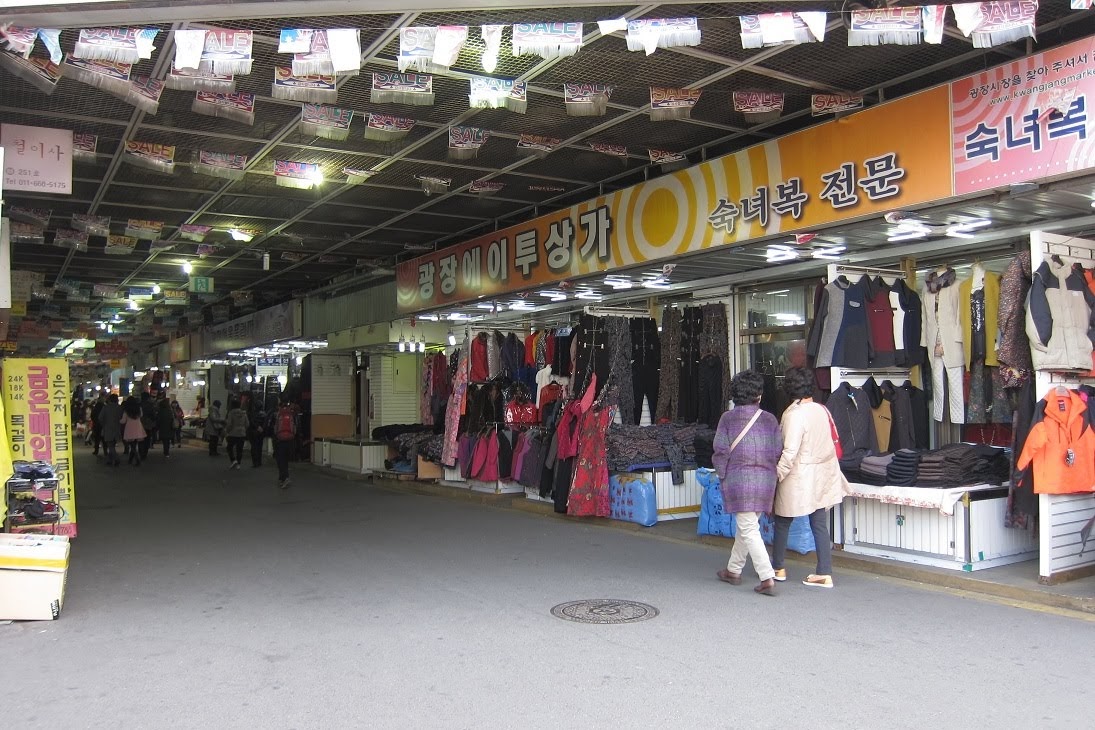 A couple of tourists looking at their map as they go through the market. 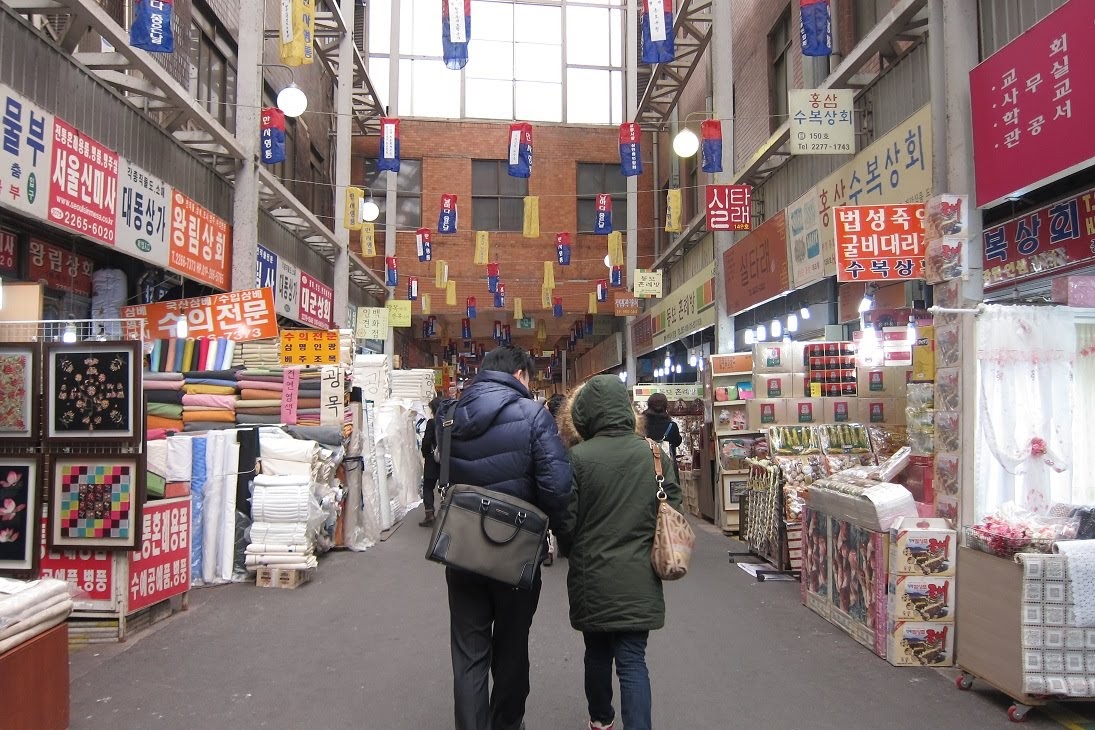 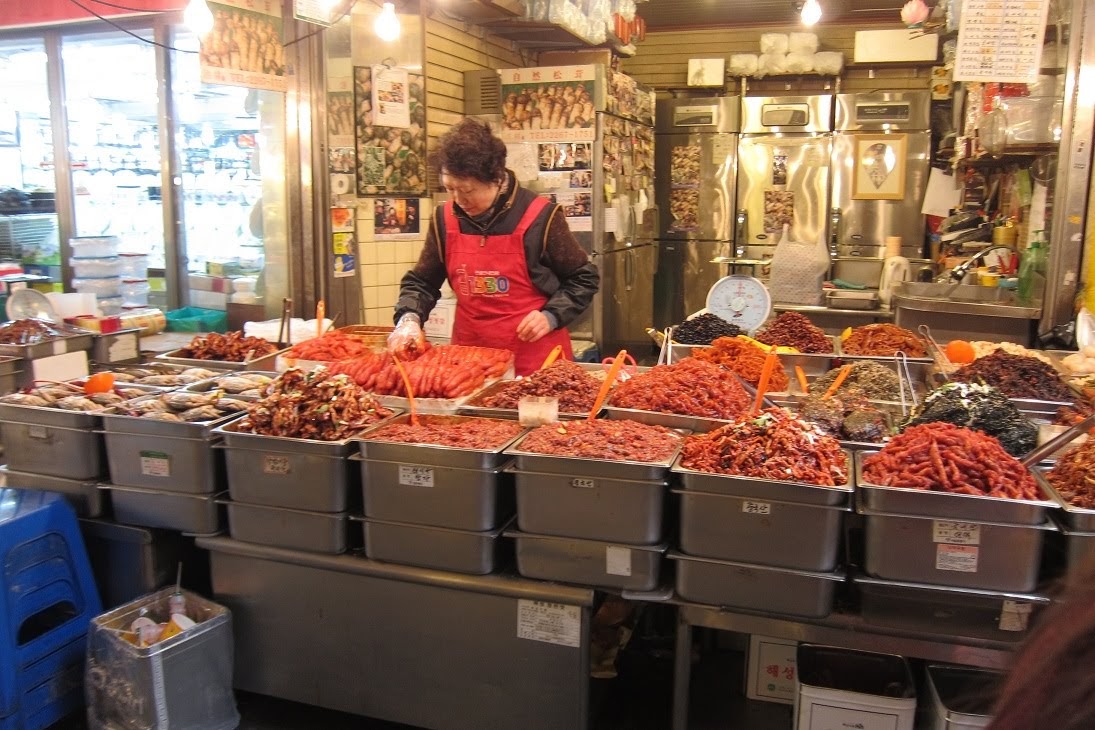 It was kind of hard to pick which stall to go to but they are all basically the same. 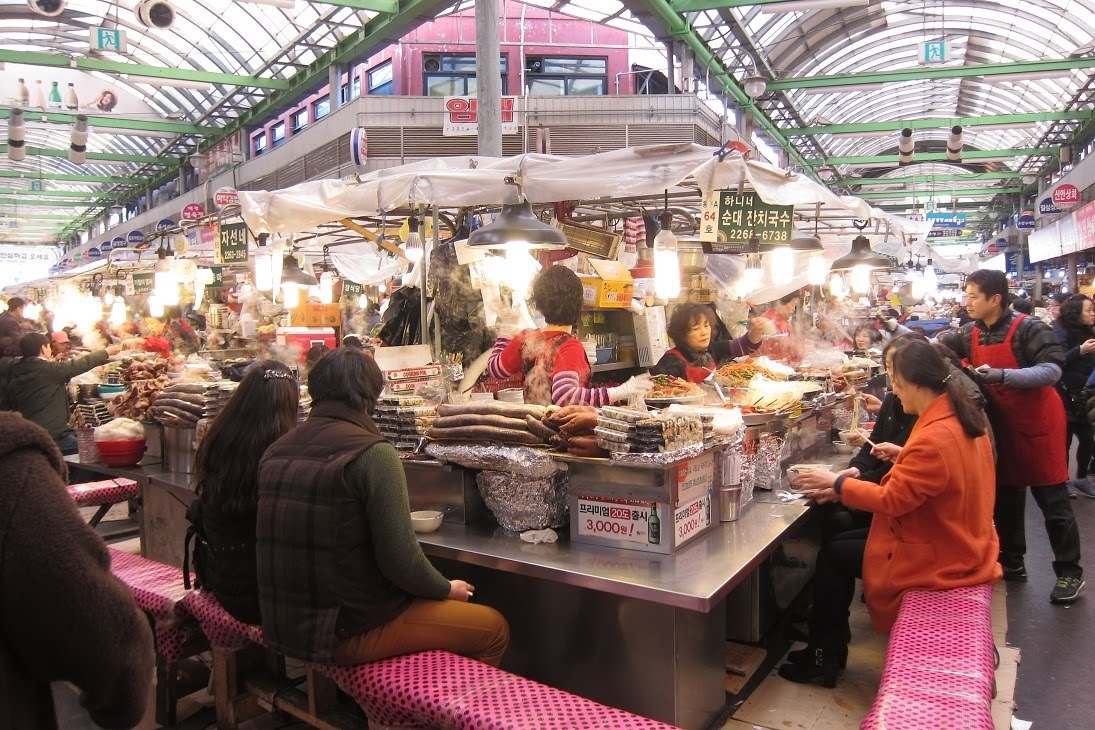 We ordered sundae and different kinds of food. I think the left one was liver. It wasn’t that bad. They had a salt and chili on the side to add flavor. 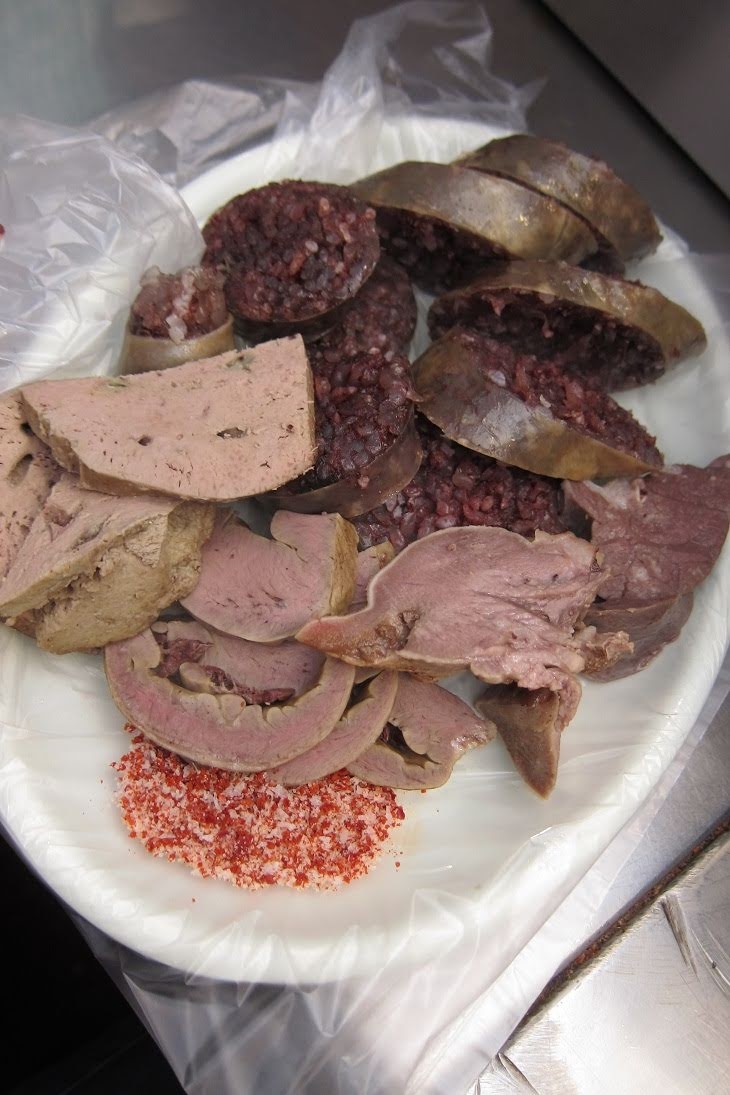 We also ordered this mini kimbaps which the market is famous for. They say that they are addicting maybe because of the small size but they were just okay. 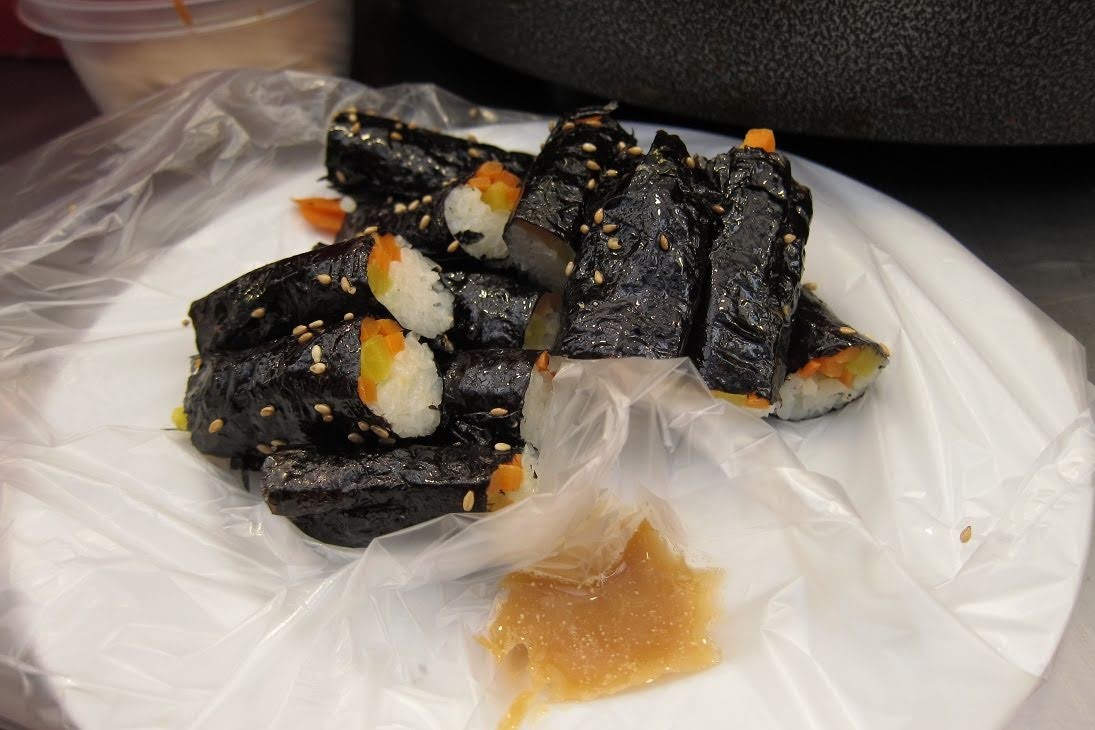 They were also selling dokbokki. 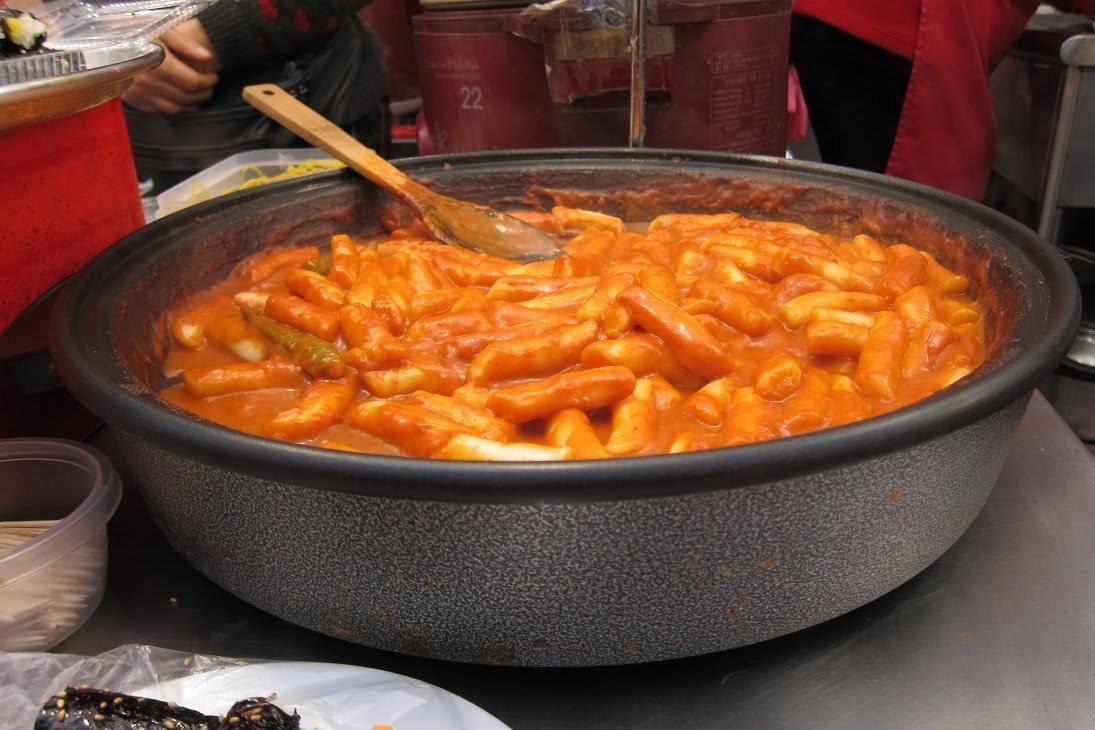 Prices were listed on the right. This ajumma was a little bit masungit but she was very good at preparing her food. We got our kimbap rolls from her stall. There’s this popular kimbap place on the corner of the market since they were selling theirs like hotcakes but we’ve already eaten when we saw it. 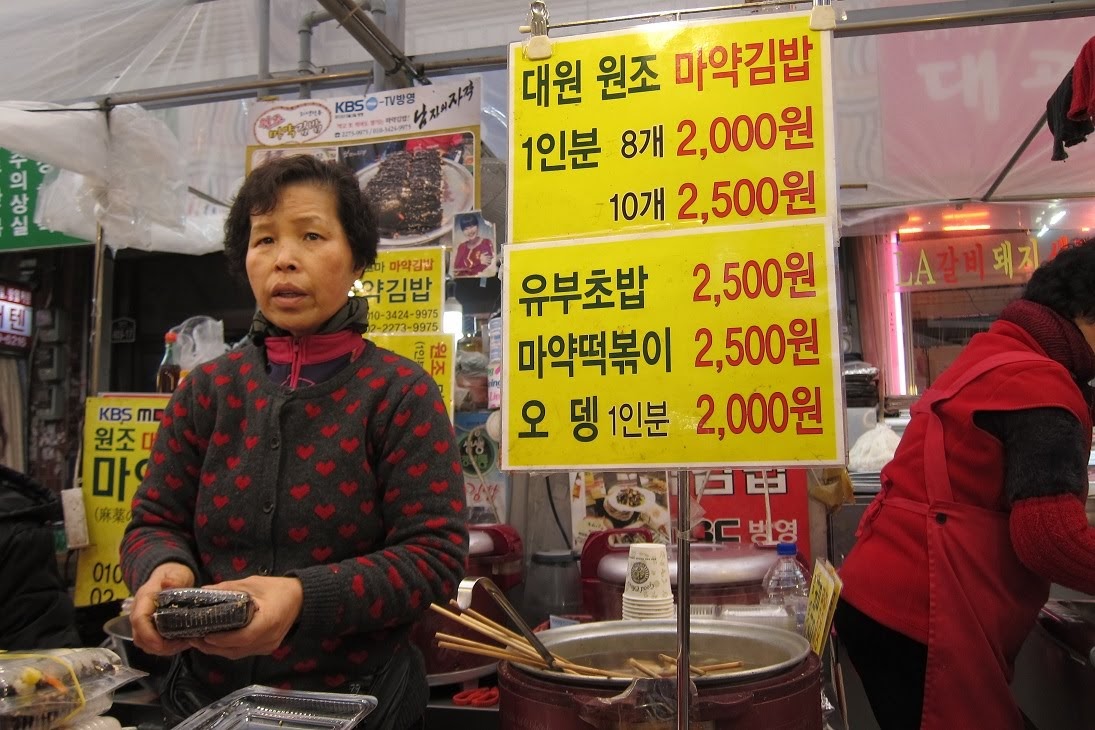 We should have tried the pancake but our tummies were already full. 🙂

Like Loading...
Seoul Day 6: Grocery, Ehwa Women’s University, Hongdae, Karaoke
How to get your China Tourist visa in the Philippines for the second time