Dazaifu Temple is a famous temple just outside of Fukuoka. According to Japan Guide’s website, among the hundreds of Tenmangu Shrines throughout Japan, Dazaifu’s (大宰府天満宮, Dazaifu Tenmangū) is the most important one alongside Kyoto’s Kitano Tenmangu. Tenmangu Shrines are dedicated to the spirit of Sugawara Michizane, a scholar and politician of the Heian Period. Because of his great learning, Michizane has been associated with Tenjin, a Shinto deity of education, and is popular among students.

HOW TO GET TO DAZAIFU TEMPLE 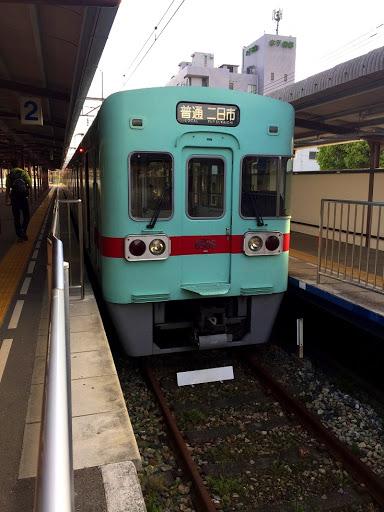 From Yanagawa, we took a train to Dazaifu. We just have to transfer trains at one station. From Nishitetsu Yanagawa Station, we took the train to Nishitetsu-Futsukaichi station to transfer to the train going to Daizafu.  We stopped at Nishitetsu-Gojo station. The temple is just a short walk away from the station.

On the way, to the temple you will see a lot of shops on both sides of the street. 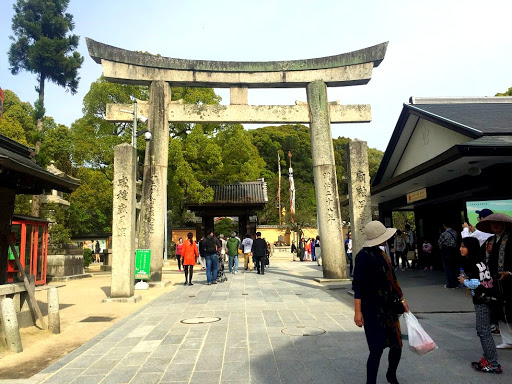 It was unexpectedly beautiful. The grounds were really nicely done. I love the trees and nature that surrounds it. 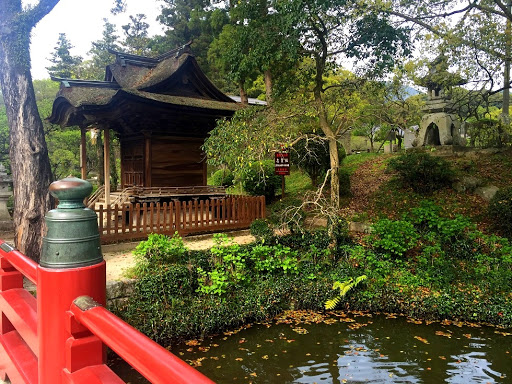 Of course we had to cleanse ourselves first by washing our hands and mouth. 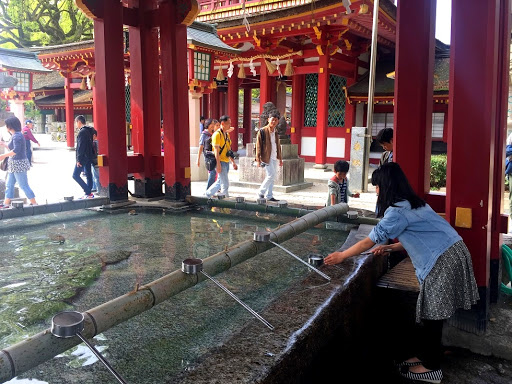 Then we threw a coin, clapped twice, bowed our heads and said a little prayer in front of the main shrine. 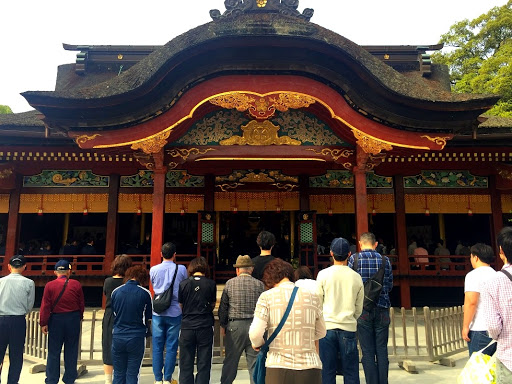 This temple is really famous for students. There’s a lot of charms for sale especially education related charm but nothing was in English and the temple workers didn’t really speak English. I think these tablets are for studying or passing exams. 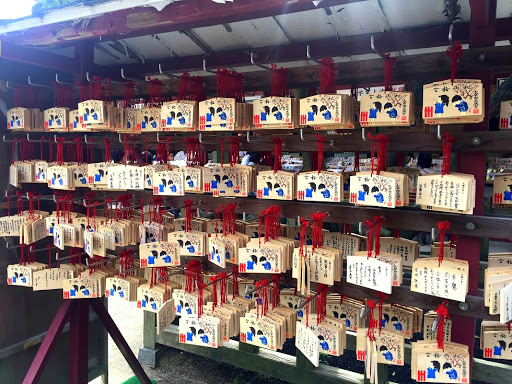 Unlike in Kyoto where there are fortunes in English. Here, they are all Japanese. So if you could let me know what it says, I would appreciate it. Haha 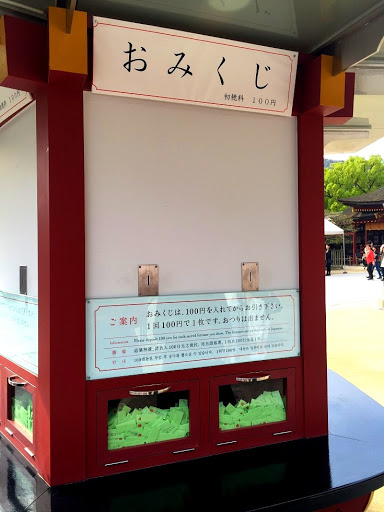 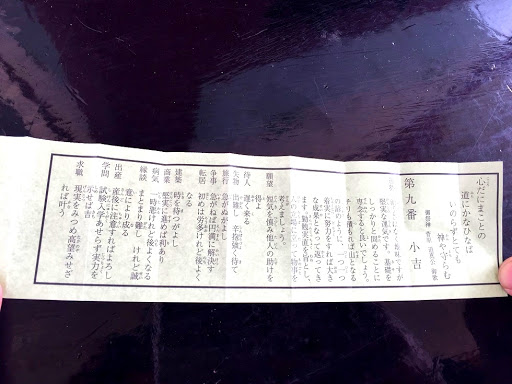 So, we just took a picture of our fortune and tied it on the ropes. 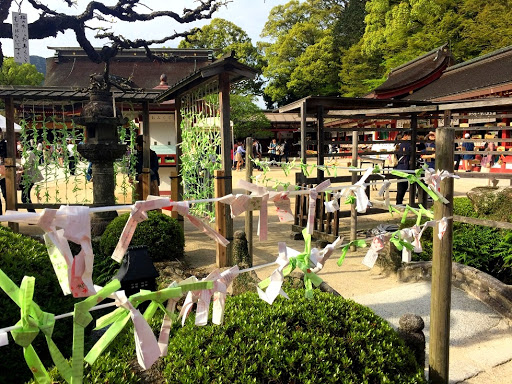 We walked around the back and found some interesting structures and also big old trees. 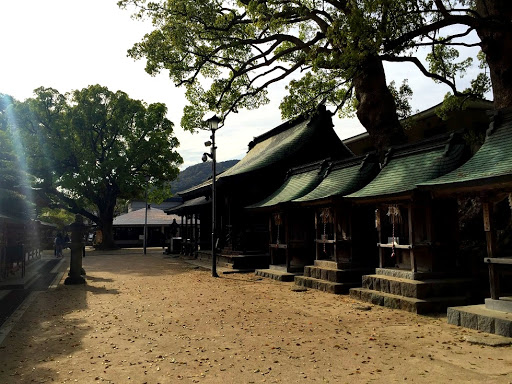 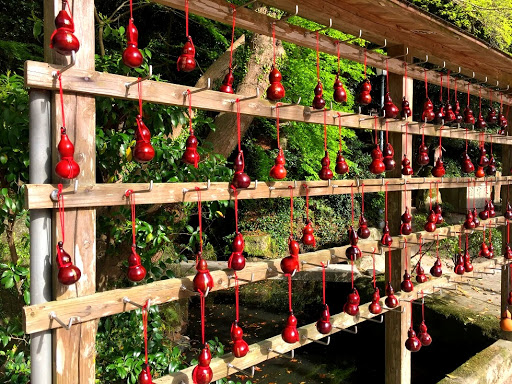 On our walk back, we found this popular Starbucks because of the design. 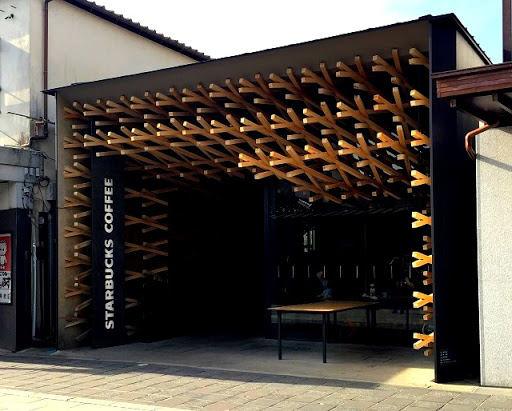 This area is also famous for its umagae-mochi. It’s made of mochi and sweet beans inside. This store had a line outside it so we bought a few to try them. They were okay. Nothing beats Busan’s hotteok for me. 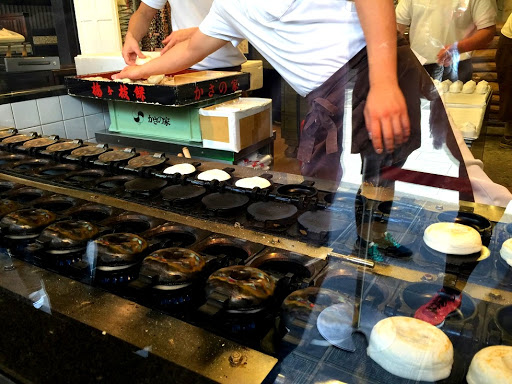 Dazaifu Temple was a really nice surprise. I really recommend coming here if you are in Fukuoka. It’s really close to the city and the area is really nice.

HOW TO GET THERE