Cebu City is the queen city of the South in the Philippines. It’s the second biggest Metropolitan area in the Philippines. It is the first Spanish settlement in the country making it the oldest city. It has a lot of history. In this Cebu City Tour, we went to visit the Old Fort which is pictured above. We also went to see Magellan’s cross, not the original of course but a representation of it. We also saw some old churches. 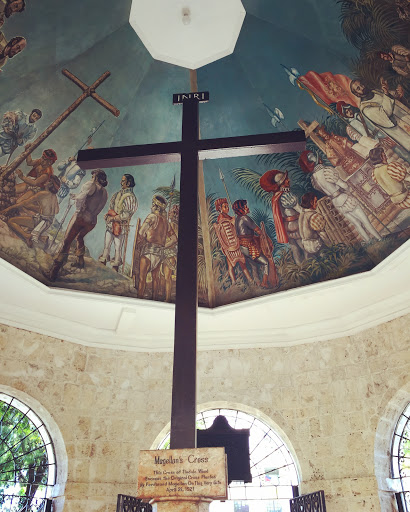 We took an uber to take us to the Magellan’s Cross which is a building that houses the cross located on Magallanes Street near the church of Basalica de Santo Nino. It is supposedly the cross planted by Spanish and Portuguese explorers. upon arriving in Cebu, Philippines. The sign below the cross says that the original cross is encased within the cross that we see in the center of the chapel. On the roof of the chapel are also images of the day it happened. 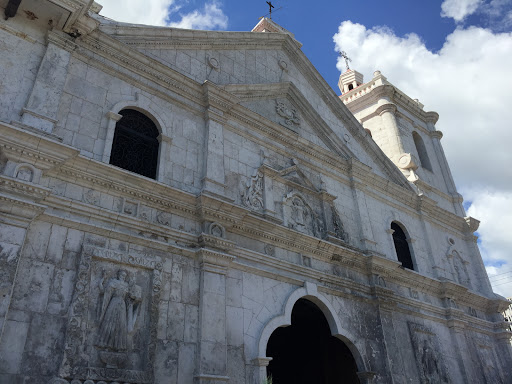 From Magellan’s Cross, we walked to Basilica del Santo Nino which was founded in 1565. It’s the oldest Roman Catholic church in the Philippines. The present building though was completed in 1740. It’s located on Osmena Boulevard so it’s easily accessible. It is known to house the image of the baby Jesus. 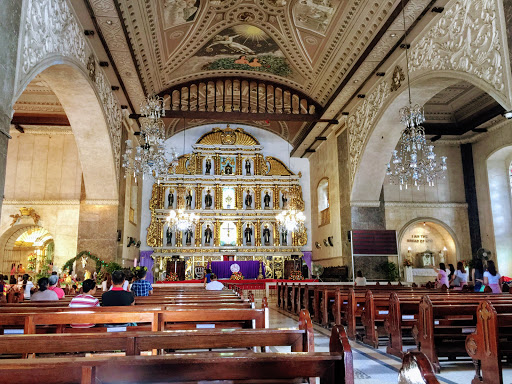 Inside is quite spacious. There are a number of images of the Sto NIno everywhere. 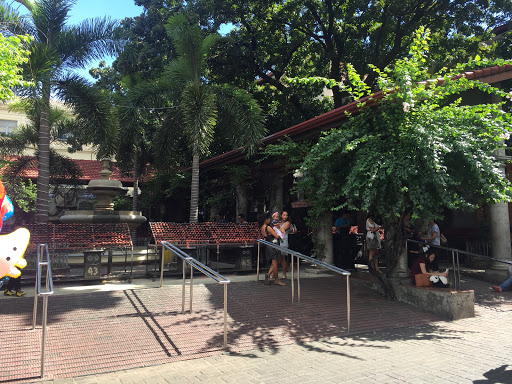 Outside you can find spaces to light candles. There were also people selling balloons and typical items sold outside churches. Plants are also aplenty and provide shade from the very hot weather.

From the Church, we walked to Fort San Pedro. The Fort was a military defense structure built by the Spanish. It is located on Plaza Independencia by the pier. The original fort was made of wood. In the 17th century, it was made of stone. Today’s structure dates back to 1738. 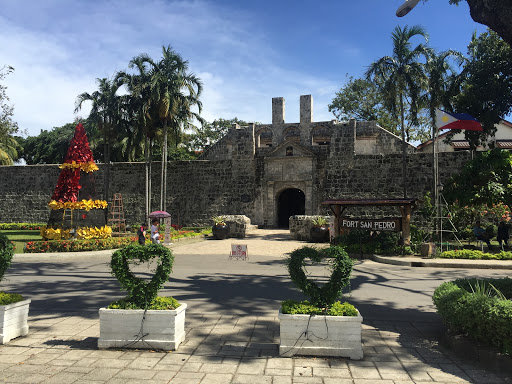 Coming inside, you can see some pictures on the walls and also some information regarding the fort. There is someone there if you need information and also to get entrance fees which was minimal. Inside, the fort is surprisingly not big. 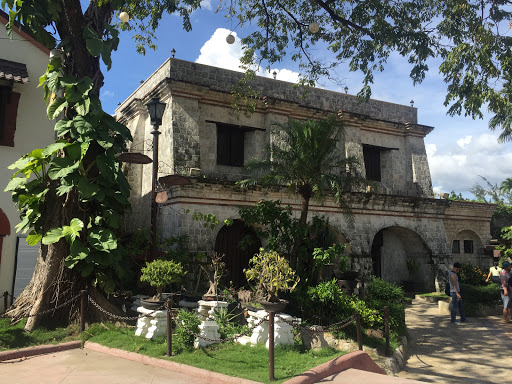 There are also old cannons on display. 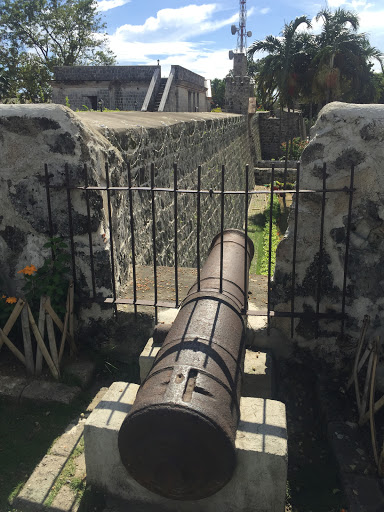 On the second floor was a display or exhibit of pictures of the history of Cebu City, the Spaniards how they came to the country and also the old Filipino rulers of the country. That was really nice to get to know information especially for foreigners to know more about our country.

After that, we just went to the Ayala Mall to shop for some things that we needed. The other usual sights to see in Cebu are Magellan’s Cross, the Sandiego-Yap Ancestral hosue, Taoist temple, Heritage Monument, Temple of Leah, Tops, and Sirao Flower Garden