When I first saw pictures of Jiufen on the internet, I made a mental note that I have to go there someday. I love Hayao Miyazaki’s work at Studio Ghibli and Spirited Away is one of my favorite animated films. It is said that Hayao Miyazaki was inspired by the A-mei Tea House at Jufien which looks a lot similar to his bath house in the film. Taiwan wasn’t exactly in my travel bucket list so I didn’t think I would be here so soon. Thanks to promo fares and birthdays! ^.^

From Taipei, you get a train to Ruifang. From Ruifang, you can get a bus or taxis. We took a bus from Ruifang. This brochure was from the Tourist information office and I thought I should take a picture to share it here on the blog. 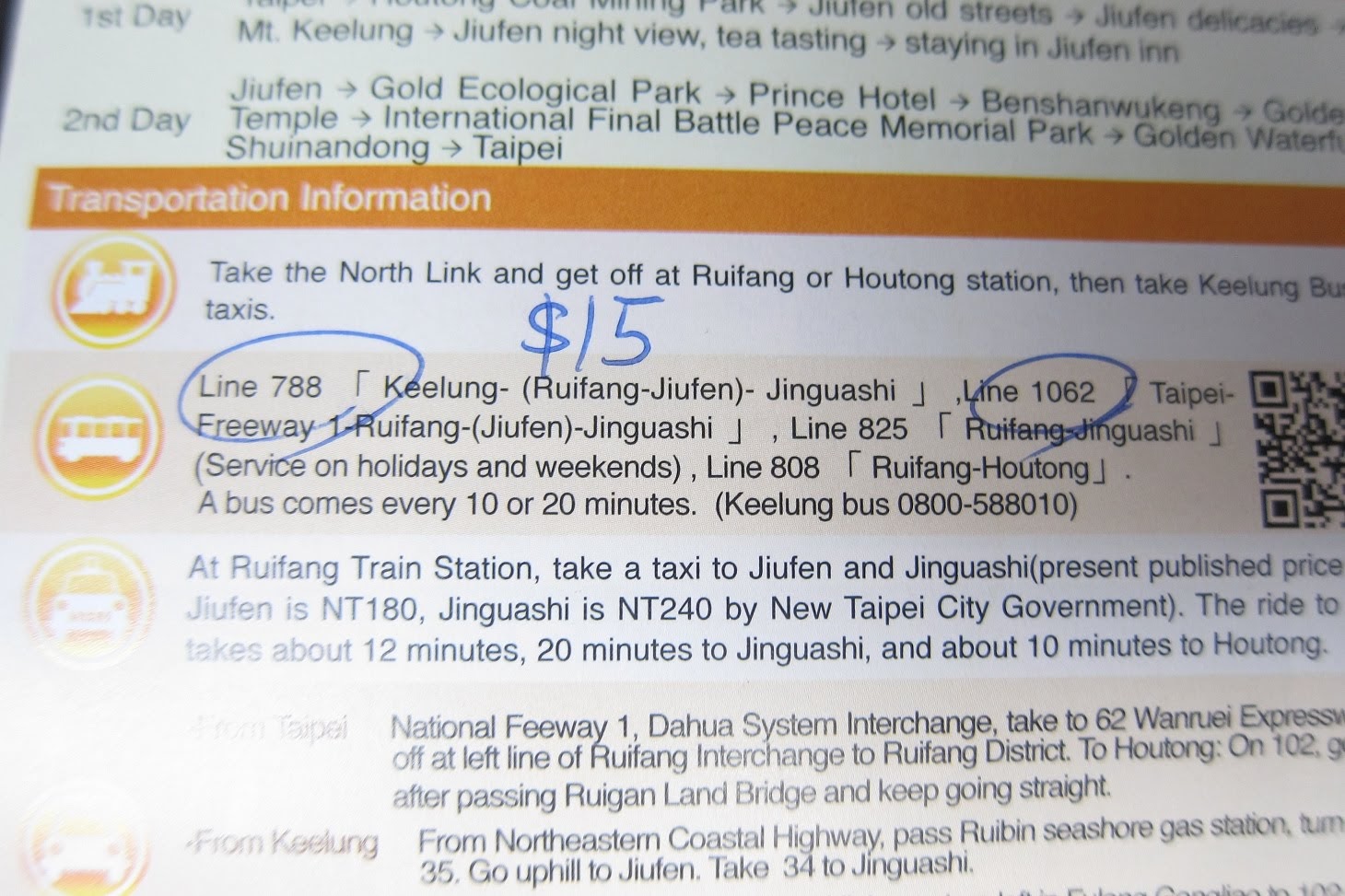 We were really lost and couldn’t find the tea house for the life of us. I saw this shoe store and asked for directions. They were so nice and the products were really nice that we bought a few shoes. Haha. If they accepted credit cards as payment, we might have bought more.

Next to the A-mei tea house is the tunnel and we just went in and took pictures. We didn’t walk all the way to the other side for fear of getting lost again. Haha. We didn’t have enough time too. 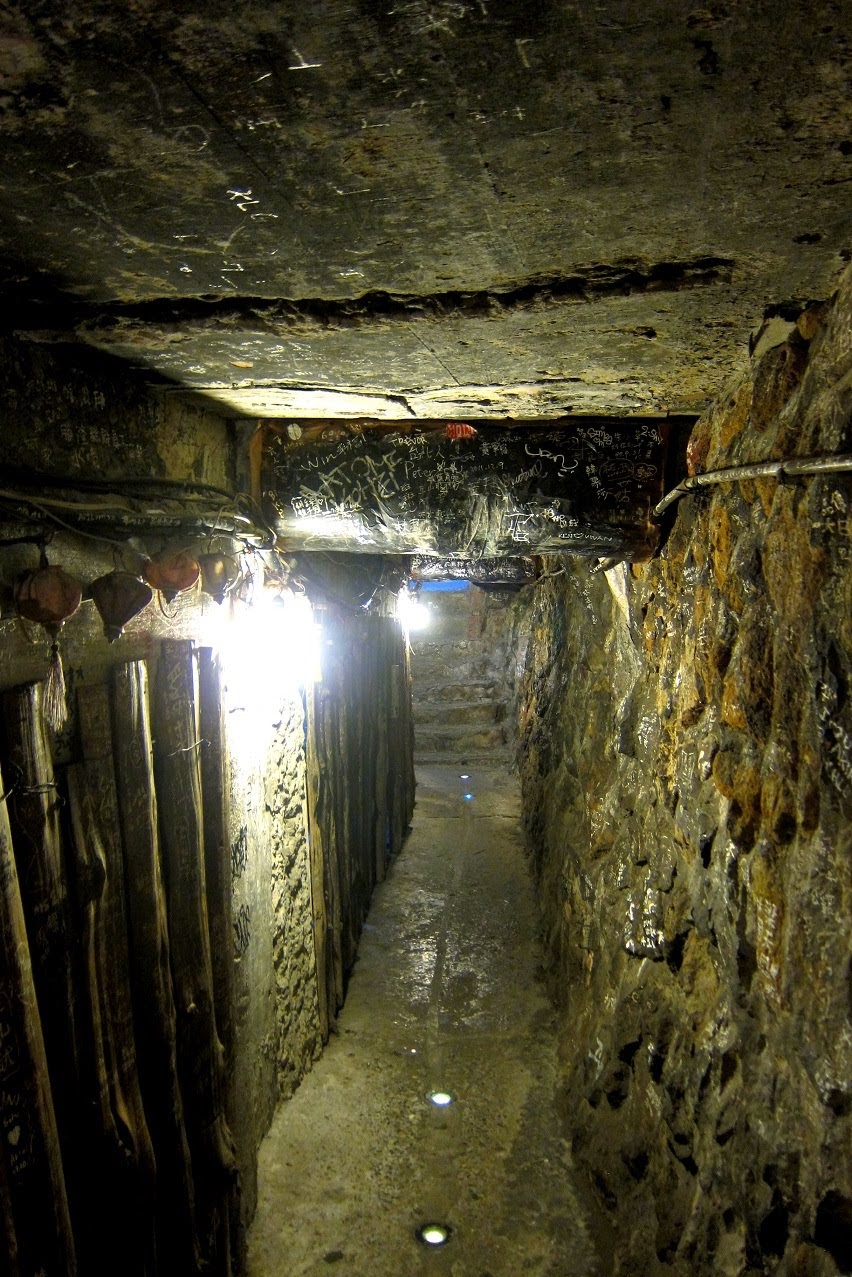 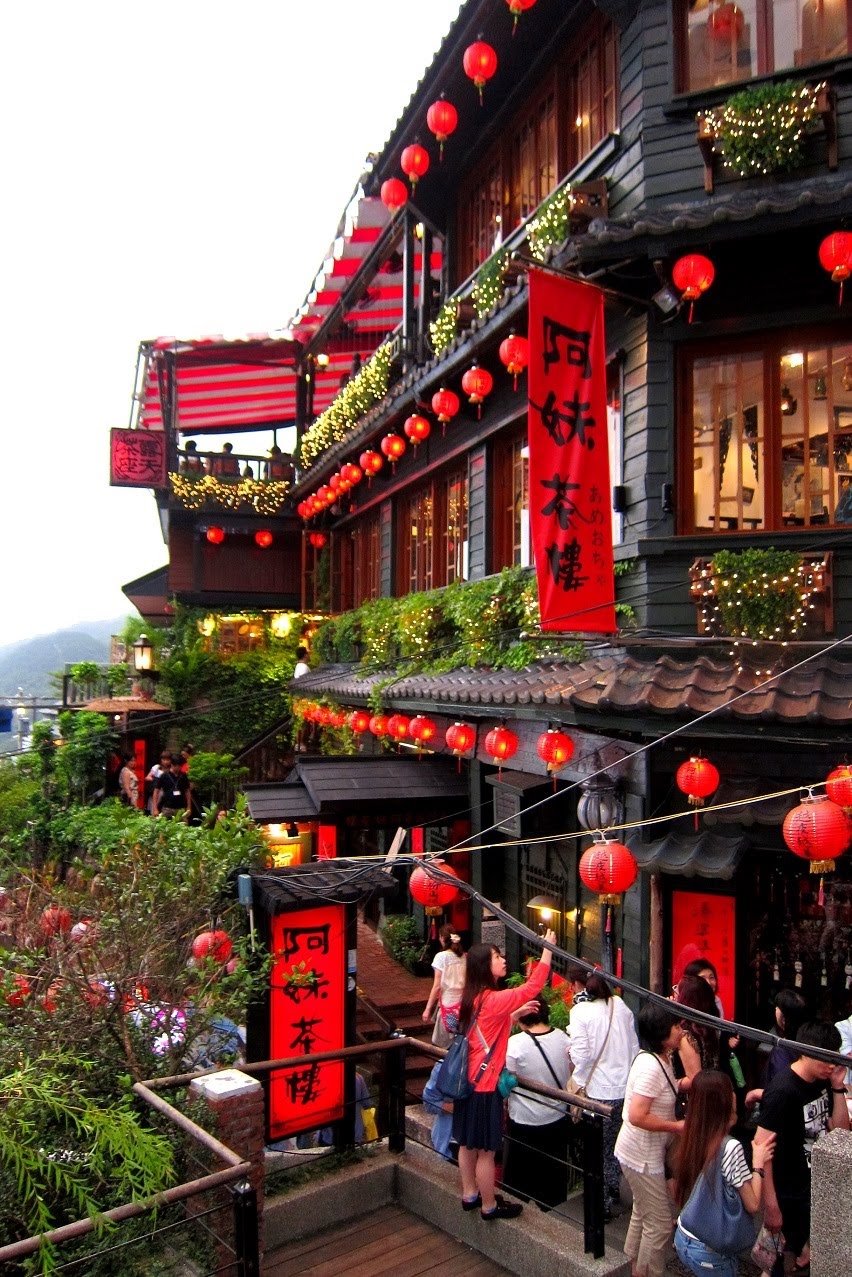 We tried to get in and we were asking for an English menu but the guy at the front said they didn’t have any. He made it obvious that he was trying to get the Japanese tourists and didn’t want to entertain us which wasn’t cool so we just went away. My cousin’s friend went there a month before us and went to the tea house. She said that it was expensive anyway. 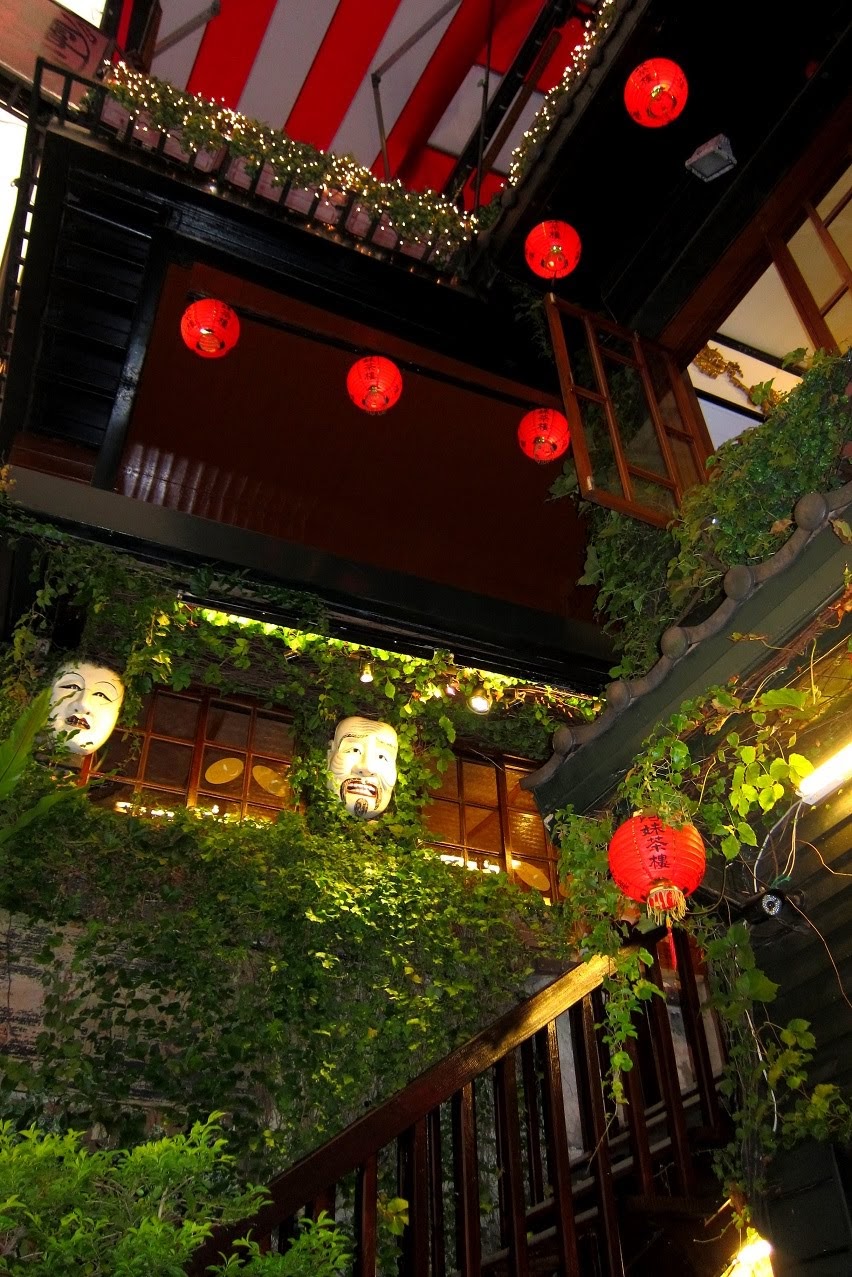 It’s so pretty. We just walked down the stairs towards the bus station and taking pretty pictures along the way. 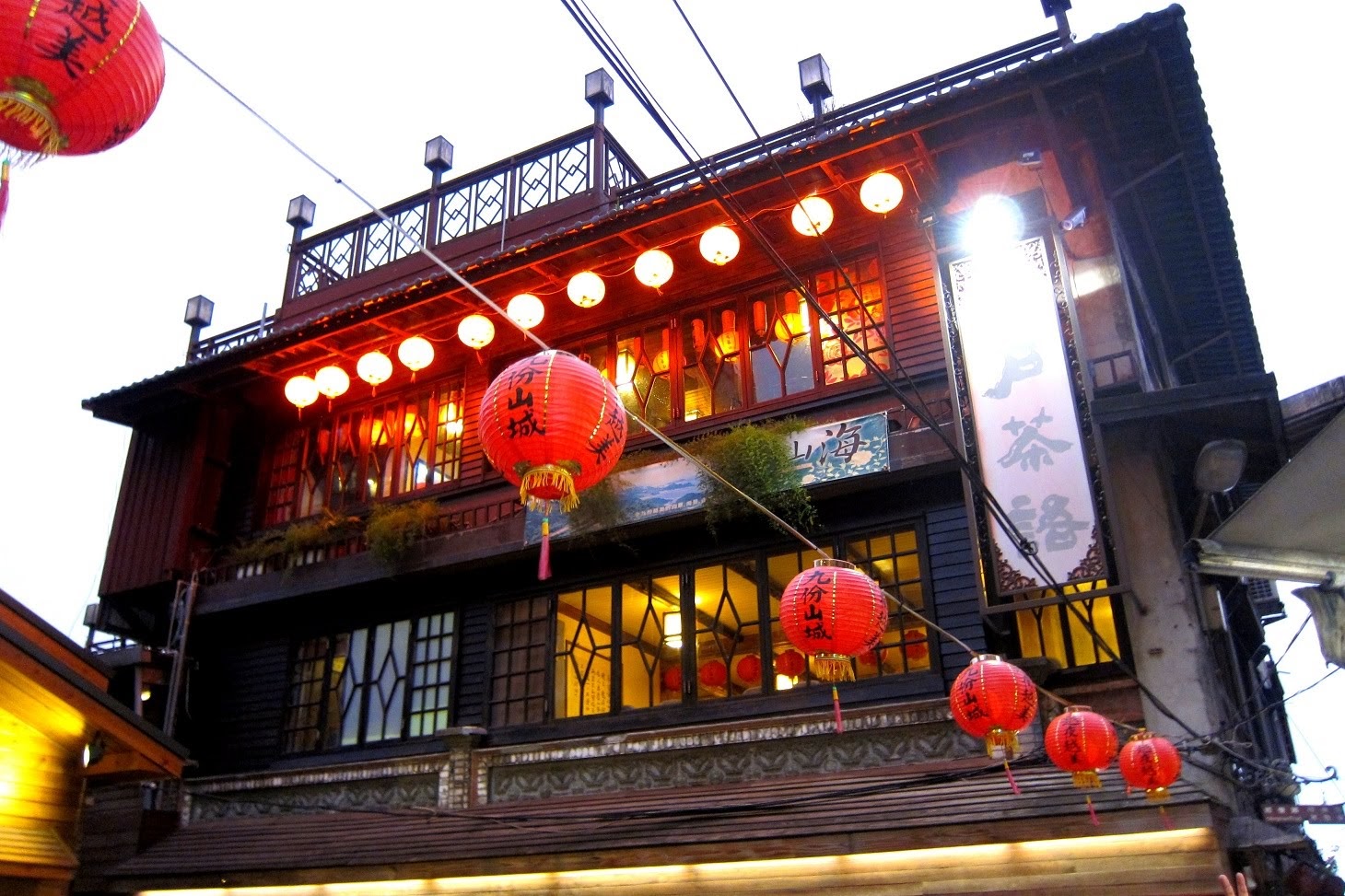 You know you’re near the bus station when you see this huge cat on the left. Also, there’s a convenient store nearby just in case you needed the restroom. 🙂 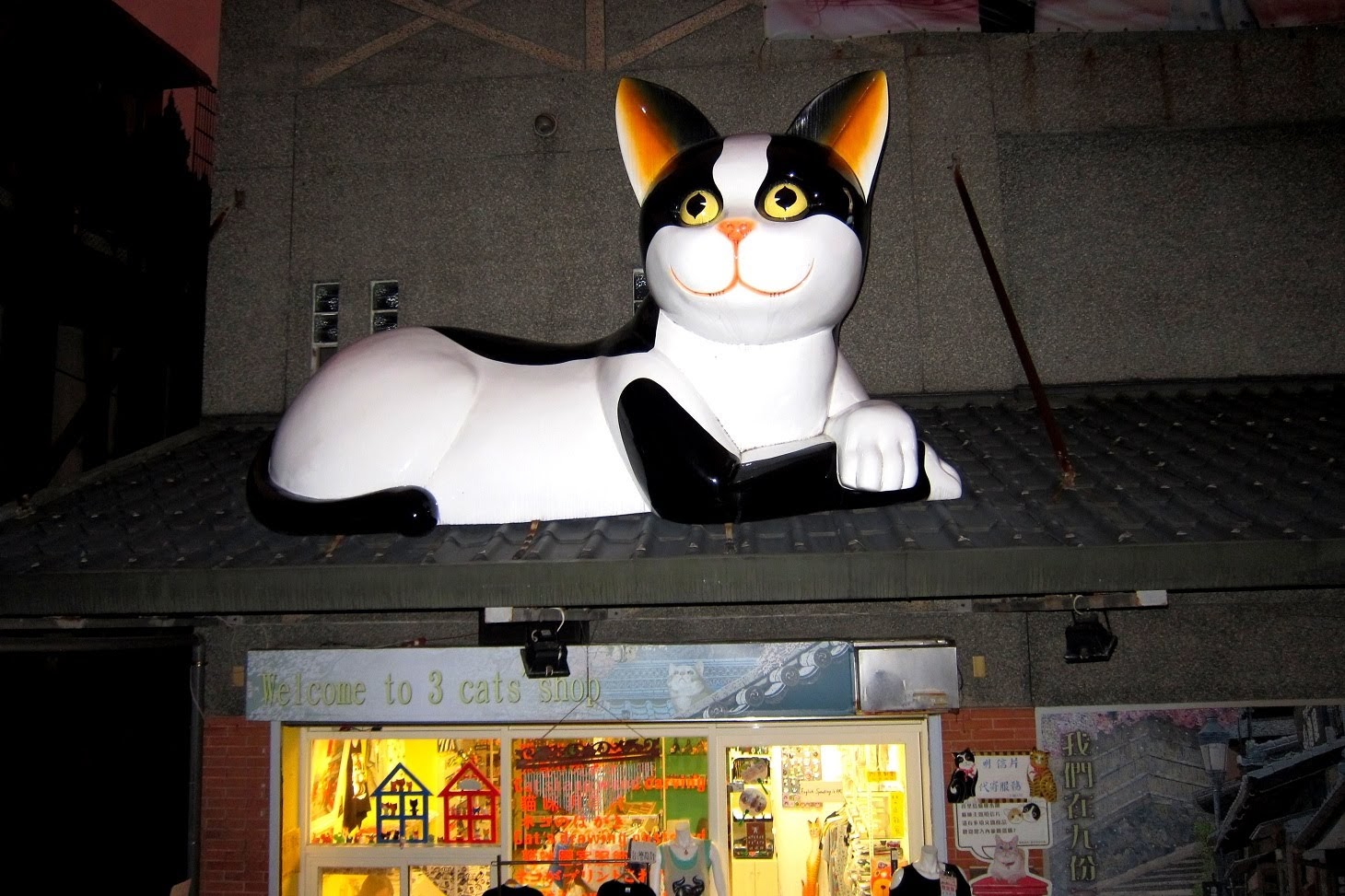 For my birthday each year, I always spend it in another country. I try to go to places I’ve never been to. In 2012, I went to Thailand/Cambodia with family. In 2013, I went to Bali with friends. This year, I went to Taipei […]

This is our Taipei 3 day itinerary. We had plenty of time to see the sights and it was also enough to make us want to come back for more. 🙂 We really enjoyed walking the streets of Taipei and eating at the night markets. […]

0 thoughts on “A-mei Teahouse at Jiufen”